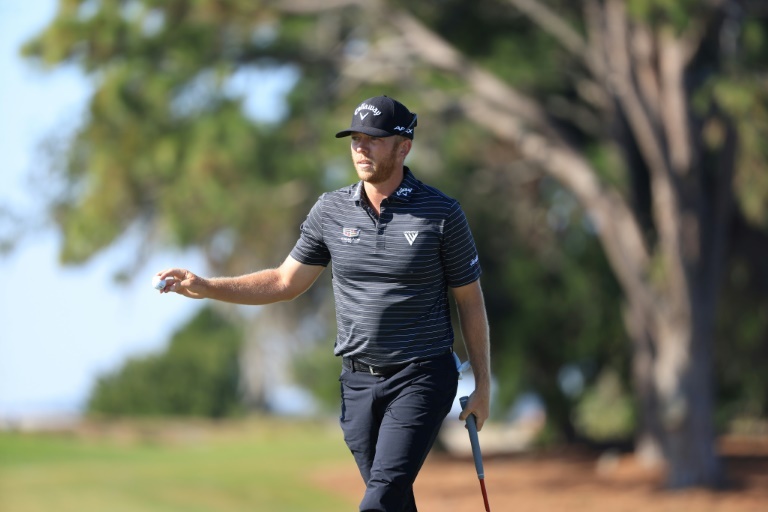 Washington (AFP) - Talor Gooch opened up a one-shot lead at the halfway stage of the US PGA Tour RSM Classic in Georgia on Friday after carding a five-under-par 65.

A day after shooting a 65 on Sea Island's par-72 Plantation course, Gooch maintained his impressive first-round form on the other course in use, the par-70 Seaside layout.

Gooch's round took off on the front nine, when he drilled his second shot on the par-four fifth to just inches from the hole for a simple birdie.

He rolled in a 21-foot birdie putt on the second and then conjured a 66-foot eagle putt for a three on the par-five seventh hole.

Two more birdies on the back nine, either side of a bogey on the 14th, completed his five-under-par round, leaving him 13 under overall.

The 30-year-old from Oklahoma is chasing his first title on the PGA Tour at this week's tournament.

"If I can get in the fairway, it's just a matter of how many putts I'm going to make.

"Hopefully we can keep making putts and see if we can do some good this weekend."

Heading into the weekend, Gooch is pursued by John Huh, who carded a five-under-par 67 on Friday on the Plantation course to move to 12 under alongside first round leader Sebastian Munoz of Colombia.

Munoz electrified the opening day on Thursday with a 10-under-par 60 on the Seaside course but found the going harder on the Plantation on Friday to finish with a two-under-par 70.

Teeing off on the 10th, Munoz got off the mark early with a birdie on the 11th, but immediately dropped a shot with a bogey five on the par-four 12th.

He recovered with a birdie on the 13th but struggled to pick up shots thereafter.

A 20-foot birdie putt on the par-four 1st was cancelled out with a bogey two holes later.But Munoz finished with a flourish, making birdie on the last, to move to 12 under.

Taylor Moore and Canada's Mackenzie Hughes are a further shot back on 11 under, two off the lead.

Scott Stallings and Zach Johnson of the United States are on 10 under along with Ireland's Seamus Power.