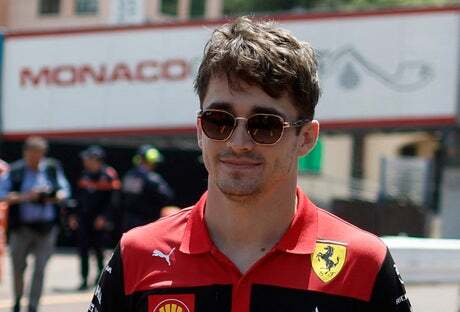 The otherworldly experience of a lockdown affected each and everyone of us but for golfer Matt Williams it had a particularly damaging impact.

As the country responded to the sweeping Covid pandemic, the British PGA golfer was having to face up to some hard questions. He had a young child, a partner who had just come off maternity pay and - crucially - he had just quit his job to concentrate on playing full-time.

What came next was a deep and personal struggle with his mental health. There was depression and anxiety - all wrapped around the ongoing questions going on inside his head. How would he, and his family, get by when the globe was wrapped up in a crisis like no other?

“Golf at this level is not a cheap sport,” Williams explained. “It is seen as a higher-class sport, even though it is more accessible, and for me I do require a lot of funding from companies in the form of sponsorship - I try and use the word partnership so it’s like a two-way street.

“Just before January 2020 I had a few different companies on board chipping in different amounts to help split the costs, creating our own little mini business network. Things were looking really good and I’d just come back from qualifying for the MENA Tour in the Middle East. I got my status for the year and was planning a really big year.

“I quit my job as well in January 2020 so I was fully invested in playing full time and then six weeks later Covid hit. All of those companies that had committed and said they would help me out, they actually ended up saying ‘we’re going to have to put this on hold and keep the funds in the bank’.”

Faced with that uncertain future Williams was forced to completely alter his priorities. Gone were the hopes of playing right now, instead the focus was very much on how his family would get by.

“For me I didn’t know what the world was going to hold for us for the next few months,” he said. “We were told we had to stay home, can’t go out. Unfortunately we don’t own our house - we rent - so there were the mortgage holidays but there wasn’t anything said about rent.

“I had no guaranteed income coming in, I couldn’t get furloughed as I was no longer employed. My other half had just come off maternity and we had a nearly one-year-old daughter.

“We were there thinking ‘how are we going to get through this?’ Not just the cost of rent but day-to-day things like food and things like that.

“My mental health took quite a hit, I was really stressed out and really concerned. I’m not someone who could just sit back for those three months, which it turned out to be, and just ride it out.”

"I was always on edge"

Williams did what he could. He was hitting up LinkedIn, in an attempt to put himself out there and he tried to find some temporary work. While he did manage to get himself a position chasing down leads for a company, there was still so much unknown ahead.

As his mental health took a toll it continued to have an impact on the golfer and his family. By his own admission he concedes his partner probably felt like a single parent during that period.

“Lots of anxiety, lots of worry and lots of concern,” Williams explained, describing what was going through his head. “It was tricky and I was always on edge. I was always quite stressed out and most people would be at home with their family and they’d be laughing and joking and playing.

“I was just sat there on the corner of the sofa with my laptop thinking how are we going to get through this, how can we survive? I did everything I physically could to allow that to happen.

“It probably took a toll on my other half as well to be honest. At times I was probably in a state where she felt like a single parent despite the fact that I was six foot away from her, just because I couldn’t really compute anything.

“I got to a state and point where I thought, if we can’t cover the rent next month and there’s no change in the world of reopening, where do we go? What do we do? I don’t want to become that person that ends up squatting at a place they can’t afford.

'Why do I put my neck out there to perform?'

Fast-forward to now and Williams is in a far healthier place. He had a productive start to 2022 but - despite playing again - his mental health is still something he has to manage.

Due to the nature of his sport it can also be a lonely experience when things don’t go to plan. It’s an emotion many of us can relate to considering the last two years and is why the theme for this year’s Mental Health Awareness Week (May 9-May 15) is just that - loneliness.

“I actually experienced it two weeks ago,” Williams said. “I was away for my first proper UK tournament of the year in Birmingham and had an absolute shocker of a week. Probably one of my worst performances as a professional and I was sat in this hotel room on my own just thinking ‘why am I doing this to myself?

“‘Why do I put my neck out there to perform to provide a living and income for my family - and then I don’t perform?’”

But despite those bad days, and difficult moments, Williams still concedes that his mental health battles have taught him a lot. In many ways they have developed him into the person he is today.

“Don’t get me wrong there’s still weaknesses and, two weeks ago, I still had that moment sat in that hotel room looking in the mirror and thinking what am I doing?

“It went completely wrong and then, last week, the performance was better. I still wasn’t where I wanted to be, but it was considerably better.”

“I’d rather it was turned into mental health acceptance week"

Away from golf, and thanks in a large part to his own personal experiences, Williams is a passionate advocate for removing the stigma around mental health. As part of that passion he works closely as an ambassador with the mental health charity Myndup, an organisation that stops the ‘one size fits all approach’ to mental health.

It’s a topic many of us are certainly aware of in today’s society but there is still a lingering stigma in some areas. For Williams it’s about taking that next step forward with regards to normalising the conversation.

“I think everyone is aware of it [mental health] now,” Williams added. “I’d rather it was turned into mental health acceptance week, because we’re all aware of it.

“For people to accept it, I think that’s the next step, so they [Myndup] do a good job of doing that."