Golf balls: See inside the most popular balls in golf 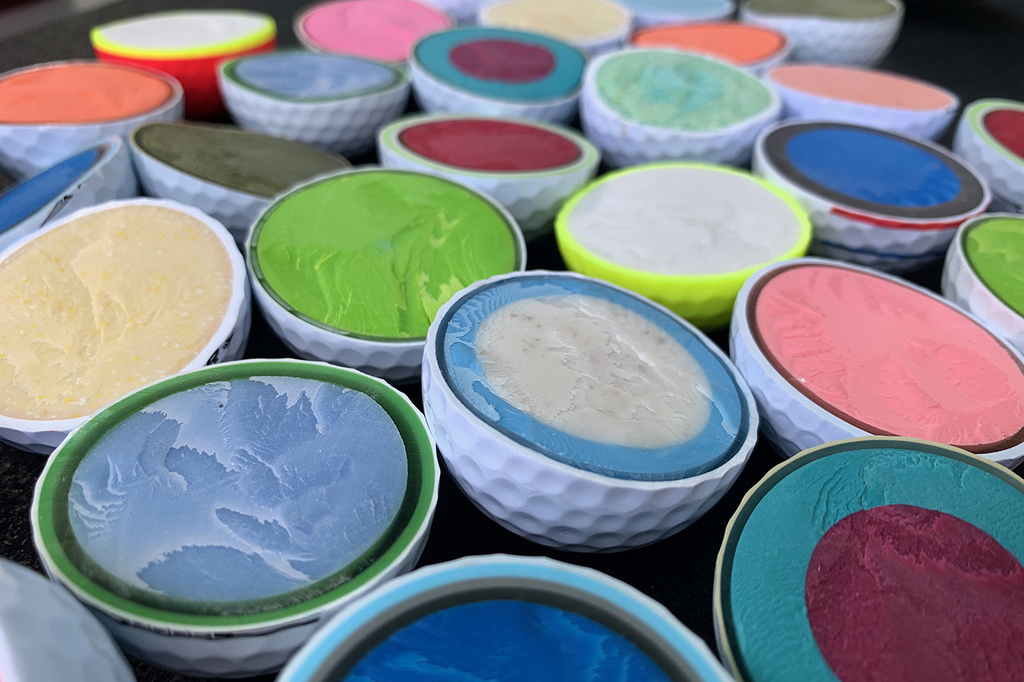 Let me start out by stating the obvious: Kids, don’t try this at home. And grown-ups, you might not want to do this either. Using pipe cutters and hacking up a few dozen golf balls to reveal what they look like inside gets expensive.

In general, the outer appearance of golf balls has remained fairly unchanged for more than a century. Tiny depressions called dimples cover the balls to improve their aerodynamic properties. White is still the most popular color, but yellow balls are common and several manufacturers even offer red, orange and green balls. Some offer balls that feature high-visibility patterns that involve multiple colors.

Under the outer cover, golf balls have transformed in recent decades and they all look different. Manufacturers are consistently trying to develop cores (or multi-core systems) that transfer energy from the club to the shot more effectively. The rubber materials that are used are all synthetic, because natural rubber varies too much in quality. Those materials are often blended with other materials into a mass that looks like cake batter. The core material is mixed and rolled into sheets before it is cut into plugs that look like D-sized batteries. The cores are then placed into molds that are heated and pressed, forcing the core material into a round shape.

The color of a golf ball’s core does not mean anything. According to a spokesman for Titleist, different colors are added to rubber mixtures so factory workers can quickly identify material batches for different balls and keep them organized. Red, blue, purple, orange: The colors are irrelevant. But neatly cutting a ball in half reveals its layers and just looks cool. Below are several popular balls, cut in half, to show you what they look like under the cover.