High finance, hip hop fashion royalty and the Department of Justice have collided, even though Baby Phat honcho Kimora Lee Simmons called it quits with her estranged husband Tim Leissner, a former Goldman Sachs partner in Asia. She’s still very much involved in his legal troubles while he testifies during the trial of his co-conspirator Roger Ng. The embezzlement drama continues with Simmons being accused of helping her ex hide $80 million which was stolen in the $4.5 billion 1Malaysia Development Berhad (1MDB) corruption scandal, and cost Goldman Sachs billions of dollars around the world to settle.

The Breakdown You Need To Know:

Let’s remember these charges all started in 2017, because at least one of its bankers was aware that Malaysian financier Jho Low was involved in the 1MDB bond deals. The banker in the “know” who the DOJ is referring to is Leissner, who CultureBanx reported married hip hop’s original first lady, and Russell Simmons ex-wife, in December 2014.

Leissner didn’t act alone in the scheme that may be the biggest bank fraud in history. Just like a scene from a rap video, prosecutors said ex-Goldman employees Leissner and Ng, along with Low used the funds to buy luxury U.S. properties and yachts, along with art, as well as paying bribes and movies like the Wolf of Wall Street.

Now, Ng’s lawyers are asking a Brooklyn federal court judge to allow them to present evidence that Simmons did indeed help Leissner launder at least $80 million that was stolen from 1MDB. His legal team claims Simmons was listed as the owner of shell companies registered in Seychelles, Delaware, and California that were used by Leissner to funnel cash obtained from a “Kuwaiti sheikh,” according to reports.

Banking On A Scandal:

While Leissner is testifying against Roger Ng, who faces federal charges over his alleged role in Malaysia’s 1MDB corruption scandal, he told a court that "bribes and kickbacks" made all the deals possible.

He’s the government’s star witness, and his messy love life has been front and center in court. One of the bribes Leissner made was to the former CEO of Astro Malaysia Holdings, who he was entangled with for 10 years. She threatened to reveal his involvement in illegal activity following their breakup. With that in mind, Leissner used money siphoned from the 1MDB fund to buy her a $10 million house.

Goldman Sachs reputation and actually money has taken a huge hit due Leissner, Ng and Low. In 2020, the firm reached a $3.9 billion settlement with the Malaysian government for its role in the multi-billion-dollar corruption scheme, the largest monetary penalty ever assessed under corporate criminal bribery law. Additionally, the financial firm paid nearly $3 billion to authorities in four countries to end an investigation into work it performed for 1MDB.

The former fashion model’s lawyers are denying the allegations made against her, and her team claims any communications between Simmons and Leissner are protected under marital privilege laws and are thus inadmissible in court, not so fast though. Ng’s attorney argues marital privilege doesn’t apply since Leissner testified he twice “faked” his divorce from two women in order to remarry, and that he exchanged vows with Simmons while still legally wed to his previous spouse.

Leissner pleaded guilty to conspiracy to launder money and violate anti-bribery laws in 2018 and has agreed to forfeit $43.7 million. He is cooperating with prosecutors during Ng’s trial ahead of his sentencing which is scheduled to happen later this year. 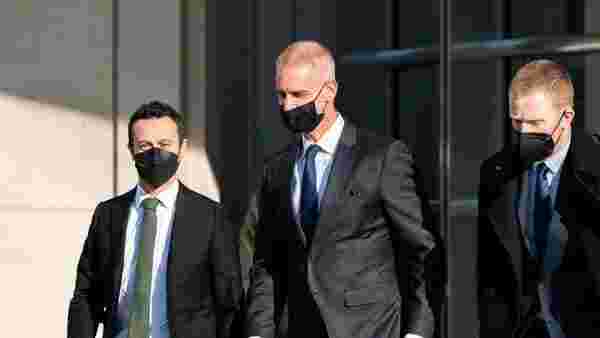 Livemint
From analysis to the latest developments in health, read the most diverse news in one place.
18-year-olds voting for first time in Malaysia

Bangkok Post
How one bank served Venezuelans who looted their homeland, split for Miami
MIAMI — Leonardo González Dellán’s LinkedIn page promotes him as an entrepreneur and restaurateur. A 2019 U.S. Treasury Department sanctions…

Miami Herald
The New York trial that has it all: Hollywood, megayachts, giant sums of money

Bloomberg
One place to find news on any topic, from hundreds of sites.
A Guide To All The Outrageous Mansions And Estates Owned By Sanctioned Russian Billionaires