The trial of former Goldman Sachs Group Inc. banker Roger Ng depicted a tale of greed and excess that includes bribery, bigamy and billions of dollars in stolen money. It was also a window into the missteps that cost of one of the world’s preeminent banks more than $5 billion.

Ng, 49, was found guilty of bribery and money laundering tied to $6.5 billion in bond deals that Goldman underwrote for sovereign wealth fund 1Malaysia Development Bhd., or 1MDB. He faces as many as 30 years in prison.

During the trial, jurors heard that Ng and his former boss, Tim Leissner, had extensive connections with a young Malaysian financier named Jho Low. They also heard testimony that Low was considered too dodgy to take on as a private wealth client by Goldman, but he was still able to siphon off more than a billion dollars from 1MDB bond sales.

A central theme at the trial in federal court in Brooklyn, New York, was the tension between Goldman bankers in Southeast Asia seeking big deals after the financial crisis and the compliance and legal employees vetting their transactions. Also at issue was the power that Goldman executives had to steer deal money into places it wasn’t supposed to go.

“It causes people to circumvent controls, cut corners, if they can get the deal in the door,” said Meyer.

‘A Name To Be Avoided’

Prosecutors said Low was the mastermind behind the 1MDB scheme. Leissner testified that he lied repeatedly to bank officials about Low’s plan to pay bribes and kickbacks, which brought Goldman $600 million in fees. Low made off with $1.42 billion, spending it on artwork, houses, a yacht, and bribes to government officials before he disappeared, prosecutors say.

Prosecutors said Ng, a Malaysian national and former managing director, got $35 million in kickbacks. He was found guilty of two counts of conspiring with Leissner to violate the Foreign Corrupt Practices Act and one count of conspiracy to launder money. Low, who was also charged, is a fugitive.

Ng, who didn’t testify, denied wrongdoing, and claims Leissner falsely implicated him and lied repeatedly about him to curry favor with prosecutors.

His attorney Marc Agnifilo assailed Leissner as corrupt, citing the fact that he was twice married to two different women at the same time; kept $80 million of a 145 million-euro deposit Low sent him to hold; bought his mistress a $10 million home after she allegedly threatened to expose his work with 1MDB; and forged a Goldman letter claiming a due diligence review of Low raised no concerns about corruption.

Prosecutors offered Goldman compliance witnesses who described the due diligence on Low. They fretted about his political connections in Malaysia and Abu Dhabi and how he obscured the source of his wealth and partied with abandon. Ng knew Low well and had worked with him on a previous deal. But Ng also urged caution, saying compliance shouldn’t accept Low’s claims at face value, jurors heard.

Patrick Kidney, a member of Goldman’s anti-money laundering team in London, described a PowerPoint summary of Low’s red flags from 2010. It said Low “has not generated sufficient personal earnings to cover his expenses. He appears to be backed by undisclosed, potentially politically exposed funders.” Kidney told jurors that he couldn’t see “that relationship ever being onboarded.” Goldman denied Low in 2010.

Leissner, 52, recommended Low two more times, starting in 2011. Kidney wrote in an email to colleagues: “To be clear, we have pretty much zero appetite for a relationship with this individual.” Another compliance employee said Low is “a name to be avoided.”

Leissner had grown close with Low, who cultivated relationships with Malaysian Prime Minister Najib Razak and leaders in Abu Dhabi who backed the 1MDB bond deals. 1MDB was intended to fund long-term strategic development in Malaysia in order to secure the economic well-being of its people.

Jurors heard evidence that Leissner, in particular, worked hard to conceal Low’s role in the deals from compliance officials and legal reviewers. Leissner said Low secretly paved the way for the three bond deals with massive bribes to Razak and 1MDB employees, as well as Abu Dhabi officials who guaranteed the transactions. Prosecutors laid out a complex trail of how 1MDB bond proceeds were siphoned off at Low’s direction, moving through shell accounts he secretly controlled in tax havens around the world.

That sort of hidden corruption was a concern for Goldman’s compliance and control officials, as well as the Firmwide Capital Committee and the Sustainability Committees, which had to approve all major transactions. The first deal, at $1.75 billion, was for 1MDB to buy a Malaysian energy company, and it was guaranteed by an Abu Dhabi sovereign wealth fund. Goldman underwrote that bond and two others for 1MDB.

O’Flaherty said he asked if Leissner could confirm that Low attended a meeting with an Abu Dhabi leader to discuss the deal. Leissner was “irritated by it, and said ‘No, Low wasn’t at the meeting,’” O’Flaherty testified.

He said he followed up with an email to Leissner and another senior banker, seeking reassurance that Low “was not in any way involved in this deal, and that neither he nor anyone else were acting as intermediaries and receiving any payments or giving any payments.”

“I didn’t think he would lie to me and all my colleagues and his co-partners on Capital Committee,” O’Flaherty said.

After the deal closed, Low arranged for $577 million to be transferred to a shell company he controlled. Some went to pay bribes, and $60 million funded the production of the film “The Wolf of Wall Street.”

Agnifilo assailed the government’s case in his summation, saying prosecutors offered no Goldman compliance witnesses to implicate his client. He said while Ng violated Goldman policy by using personal email accounts, that didn’t mean “he must have a proclivity to commit international bribery of world leaders,” Agnifilo argued.

In the same courthouse 18 months ago, Goldman’s Malaysian unit pleaded guilty to conspiring to violate the FCPA. Goldman admitted providing about $1.6 billion in bribes to foreign officials and their relatives. The bank itself was charged with conspiring to violate the FCPA and paid $2.9 billion to settle the case. But the U.S. agreed to defer prosecution and drop that charge next year if Goldman improves its compliance program.

In its statement of facts with its deferred-prosecution agreement, Goldman said it “failed to investigate these red flags or to perform an internal review of its role in the bond deals despite the clear implications that the deals had involved criminal wrongdoing.”

Goldman pledged to maintain effective internal accounting controls and a “rigorous anti-corruption compliance program.” It promised to periodically review its foreign bribery risks, discipline employees regardless of their position and adequately investigate the relationships of third parties with foreign officials.

“Wall Street has a very short memory, so they may temporarily learn a lesson and change their practices -- but whenever greed takes over, that’s their downfall,” said Amy Lynch, who runs FrontLine Compliance, where she works with investment firms and institutional money mangers.

For many, these promises came too late. Meyer, the former FCPA prosecutor, said Goldman’s control employees “stuck their head in the sand. What they did was ask questions and accept answers that they shouldn’t have. They needed to do more.” 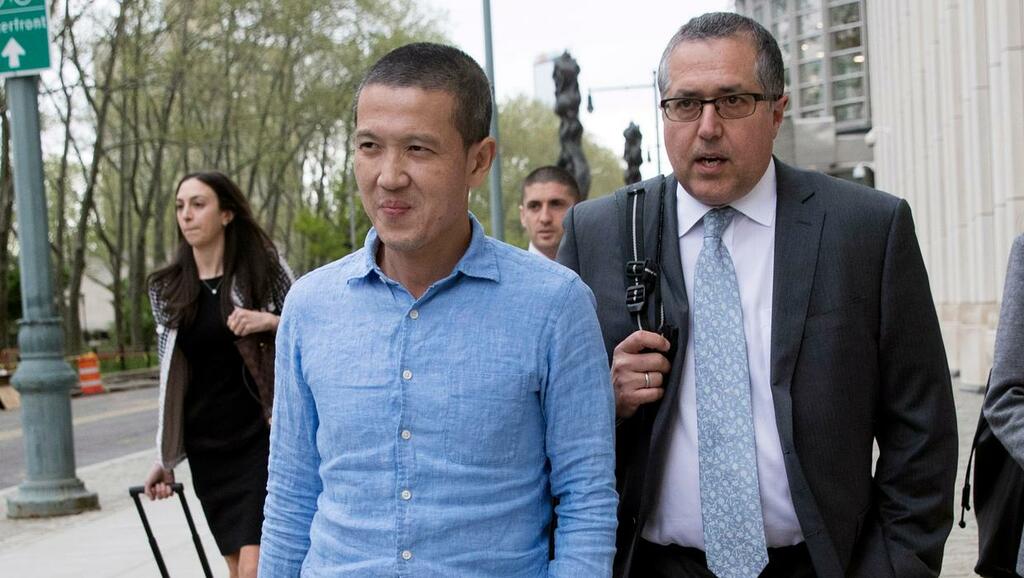 Irish Independent
From analysis to the latest developments in health, read the most diverse news in one place.
Former Goldman Sachs banker convicted of bribery, money laundering and conspiracy charges in 1MDB case

Former Goldman Sachs banker Roger Ng was convicted by a U.S. jury on Friday of corruption charges related to his…

Ng, 49, found guilty of helping to embezzle money earmarked for development in one of biggest frauds in financial history

Ng was convicted on bribery and money laundering charges after a nearly two-month trial in the 1MDB case.