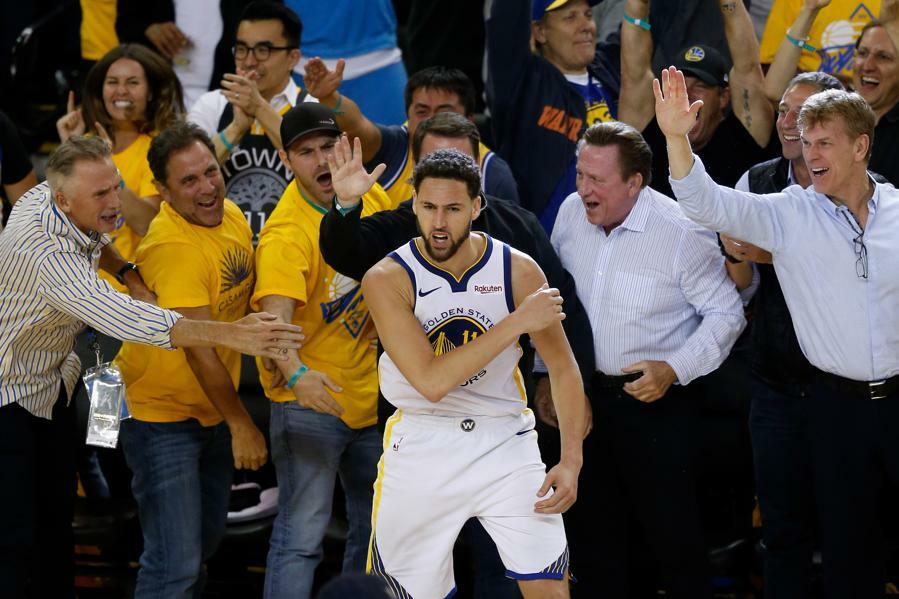 The Golden State Warriors enter the 2021-22 season with the expectation that for the first time since the 2019 NBA Finals, they will see Stephen Curry, Draymond Green, and Klay Thompson on the floor together. It’s been a long wait for Thompson’s return, and a bumpy ride, but the Warriors are finally starting to feel like the Warriors again. Will it be enough to catapult them back into title contention?

Many pundits were expecting Golden State’s front office to use their collection of assets this summer to try to trade for a star to support another title run led by that trio. But no realistic trade materialised, and at any rate the Warriors are serious about going all in on a Spurs-esque model of longevity. As a result, their most-hyped additions are Jonathan Kuminga and Moses Moody, who they acquired with their two lottery picks. They join James Wiseman to form what the Warriors hope will be their bridge to the future.

That has led to a fair amount of hand-wringing about Golden State’s ability to merge those two timelines. The Wiseman experience last season shows that you can’t play raw rookies and expect to win lots of games. It’s certainly reasonable to question how much they can give the Warriors this season.

But that’s not what the Warriors drafted them for. Their belief is that Curry will be an All-NBA player for all of the four-year, $215m contract extension they signed him to this offseason. That means they need talent for the long haul as well as in the immediate. And that talent needs to come at a bargain price given that the Warriors hit the repeater tax this season and will end up with the highest salary and luxury tax bill in NBA history. Production off rookie-scale contracts is going to be worth its weight in gold over the next few seasons.

Instead Golden State’s front office are taking the view that with Thompson back they have realistic shot at returning to contention if they surround their veteran core with the right pieces. That approach reflects the real lesson the Warriors learned late last season where they finished 15-5 to end up on a 44-win pace - the classic Golden State system of ball movement, player movement, three-point shooting, and switchable defense on the other end is just as potent around Curry’s movement and Green playing big minutes at center as ever.

This overdue realization has put them in a much stronger position going into this season. The only player lost from that run is Kent Bazemore, who will be replaced by a returning Thompson at some point in the next few months. Curry, Green, Andrew Wiggins, and Kevon Looney remain in the starting lineup. Jordan Poole and Juan Toscano-Anderson (more on them later) both proved they could be counted on.

They’ve augmented that with some bargain basement shopping in free agency. Andre Iguodala returns, bringing veteran leadership to a locker room and crunch-time execution to a team that sorely missed it last season. Otto Porter Jr and Nemanja Bjelica should both provide a lot more floor-spacing and intelligent offensive play, and at a much lower price, than the departing Kelly Oubre.

They’ve also got Damion Lee who can credibly provide spot minutes at multiple positions, and an ongoing competition for their 15th roster spot that could mean Avery Bradley or Gary Payton II joins the fray to replace some of that on-ball defense Bazemore gave them while they wait on Klay. Then there’s Moses Moody who, of all their younger prospects, looks like the one who could play early as a smart 3-and-D prospect. That’s up to 13 players who all fit their system and could potentially contribute to wins before counting anything they do get from the rawer Kuminga and Wiseman.

Already in preseason the results of the veteran-approach are beginning to show. Last season they may have finished 5th in defensive rating, but even with that late-season surge and Curry’s all-time season, they somehow managed to finish 20th in offensive rating. This iteration is shooting far more threes, and playing far more fluidly on offense.

Along with that better functioning system, the momentum from the end of last season and a soft, home-heavy schedule early on could see them off to a fast start. Wiseman and Kuminga will probably spend more time in Santa Cruz early on, and working with the Warriors revamped training staff, than on the floor.

Then comes the moment they’ve been waiting for for 2 1/2 years - Thompson’s return. It’ll likely be sometime in December or January, and they’ll need time and patience to work him back in. The end game is making sure he’s the best version he can be by the time the playoffs roll around.

Once Golden State gets back into the playoffs, and the rotations shorten, no-one wants to play Curry, Thompson, and Green firing on all cylinders with a supporting cast that spaces the floor, moves the ball, and can guard multiple positions around them. In a wide-open Western Conference without Kawhi Leonard on the Clippers, and Jamal Murray sidelined for much of the season for the Nuggets, the Warriors could end up going a long way.

How far will depend on many factors, not least what version of Klay Thompson they get back. But Coach Steve Kerr made one thing clear last week, telling reporters “we’re chasing wins this year.” So forget the noise about rookies and timelines. What matters is how far that veteran core can take them.

The Warriors do still have some flexibility despite that enormous salary and luxury tax bill to aid that final sprint as well, even without a mega-trade. They decided against using their $5.9M Mid-Level Exception but can dip into that to compete in the buyout market. One top candidate to keep an eye on is Marc Gasol, who returned to Spain but hasn’t ruled out a final return to the NBA. The Warriors have long-admired the veteran center who would fill one of their remaining gaps in the rotation and help them match up with the likes of Nikola Jokic and Anthony Davis in the postseason.

In Golden State everything ultimately revolves around Curry in his age-33 season. He just put up a season for the ages, leading the league in scoring, and proving he’s got plenty left in the tank despite his advancing years. He might not replicate quite the virtuoso numbers he had with a better supporting cast this time around, but the Warriors won’t need him to.

The Warriors best value signing actually came towards the end of last season when they converted Toscano-Anderson’s two-way contract to a veteran minimum deal that runs through the end of this upcoming season. He is the perfect Warriors role player. He’s a terrific, hard-nosed, tough defender who can guard multiple positions who cuts, moves and passes and shot over 40% from beyond the arc last season. In a roster without many traditional centers and some veterans with question marks over their health, Oakland native Toscano-Anderson is line for a big role.

You could say this about any team, but the health of their veterans is really the X-factor for the Warriors. Thompson is returning off two devastating injuries. They’ll be counting on Green to play big minutes at center all season. Iguodala is 37, and Porter Jr has played just 42 games the last two seasons. That’s why finding ways to keep them fresh is going to be so important. If they’re in one piece when they hit the playoffs, watch out. But they’ve got to get there first.

The safest bet for the Warriors would probably be Curry for MVP. After all, he finished third last season when they didn’t even make the playoffs. If they’d won a few more games and finished out of the play-in tournament he’d likely have won. Depending on the site, you can find odds of +800 for Curry, which isn’t a bad bet given the Warriors only need to improve a little to be a 50-win team.

But the real money might be on Jordan Poole. As a rookie he was borderline unplayable. During the lockdown he worked harder on his game than anyone else on the Warriors. That led to a bit of a breakout season in the second half of last year. Poole was fantastic down the stretch, giving the Warriors that scoring guard who they have needed ever since Leandro Barbosa retired.

Now he looks like he’s taken another leap. Poole offers the perfect combination for Most Improved Player of genuine improvement from a player not many have taken notice of, and a huge opportunity for playing time. He’ll be filling in for Thompson while he’s out, as well as backing up Curry as the second unit playmaker. By the time the Splash Brothers are back together, Poole profiles as an ideal third guard. And as a scoring guard, his production will be all the more noticeable.

At a betting line of +1600 on multiple sites, Poole for Most Improved Player looks like a good value bet.

Klay Thompson returns to form, the Warriors health holds up, the rookies show enough to keep the veterans fresh and point to an even brighter future, and the Warriors roll into the playoffs with a veteran rotation, defined system, and championship DNA. In a wide-open Western Conference, and with homecourt advantage for a round or maybe two, Golden State has a genuine shot at making the NBA Finals again.

Thompson is limited, injuries bite on their veterans, and the rookies look too raw to contribute anything any time soon. The Warriors should still be a playoff team, but their future looks a whole lot dimmer.