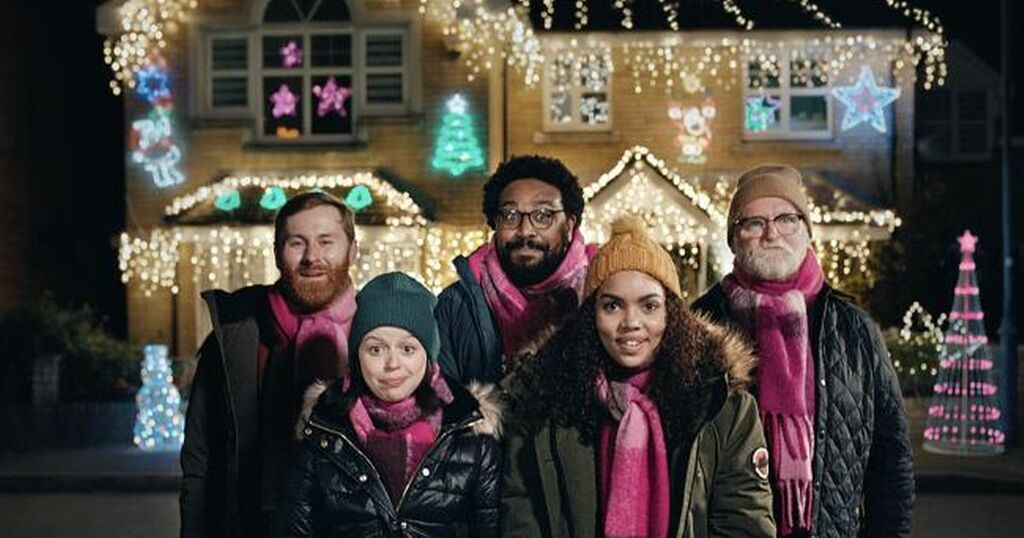 Gogglebox viewers were divided after Channel 4 aired a Christmas advert during the break on Friday night's show.

Some fans were appalled, as the spooky season has only just kicked off but others wanted to rush all the way into the festive season.

Very were the first retailer to drop their advert this year and although it's been out a week, it's not been aired a lot yet.

For more of the latest on Gogglebox and other TV shows, click here.

The advert does pay homage to Halloween - as a group of trick or treaters head to a decorated house only to realise it's actually festive decorations, waiting for santa to arrive on his sleigh.

The inhabitants are all ready to go in their Christmas jumpers as they hand out mince pies instead of some Halloween sweets.

Viewers can already see the twinkle of Christmas lights on the tree too.

Yet others were a lot more horrified writing; "Oh rah, all the way to Christmas, are you serious?"

Another agreed commenting; "It's still like July - boycott Very with their Xmas ads!"

It wasn't the only part of the show that had Gogglebox fans tweeting, as they noticed Hull's Jenny make a huge change to her hair.

Viewers thought the 65-year-old looked pretty glam as she showed her usual short grey hairstyle with a purple tinge.

To get the latest email updates from Leeds and Yorkshire Live, click here.