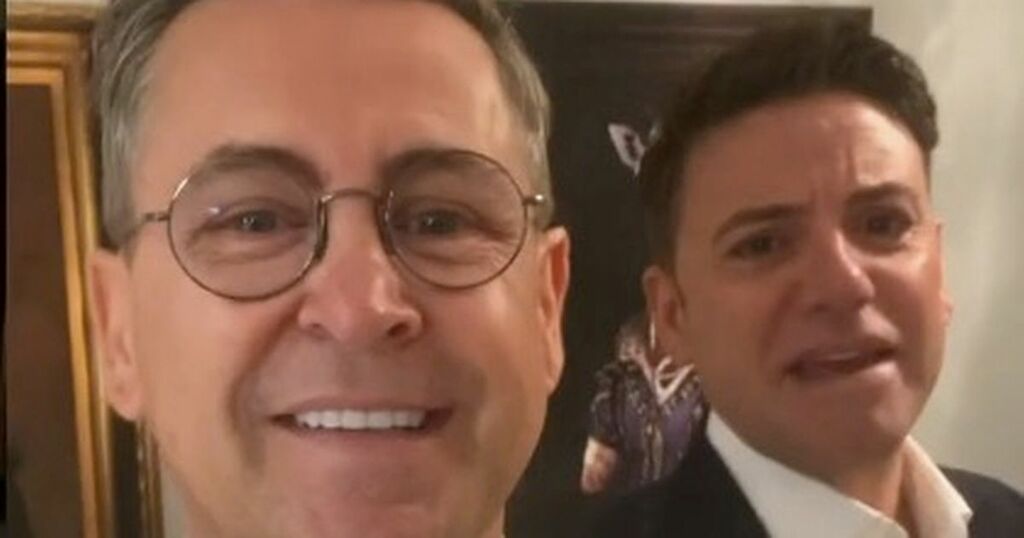 The Queen gave permission for the annual garden party to take place at Buckingham Palace.

Gogglebox stars Stephen Webb and Daniel Lustig dressed up for a glamorous event at Buckingham Palace yesterday, with fans complimenting that they looked "dapper."

The couple were in attendance at the annual garden party at the royal residence in honour of veterans charity The Not Forgotten, which supports those wounded and disabled.

The pair - who have appeared together on the Channel 4 series since 2019 - looked smart in their respective suits for the occasion, which Stephen posted about on social media.

The hairdresser shared footage on Instagram ahead of their visit and later uploaded photo taken in the gardens of Buckingham Palace, which showed him and Daniel in suits.

Stephen said in the video: "So we are off to Buckingham Palace and I'm pleased to say we're both back in our wedding suits - albeit mine's a little bit on the snug side."

Daniel, who wore a blue suit for the occasion, teased that his husband, who was wearing a grey alternative, was "bulging" in his chosen attire for the charity garden party.

Side-by-sides photos of them were later shared to the social media platform by Stephen, with such showing the married couple modelling their respective oufits at the event.

Fans were quick to compliment the couple after seeing the photos, with one follower writing in the comments section of the post: "Looking gorgeous the pair of you!"

Another person wrote: "You both look dapper." A third follower said that they "scrubbed up well," whilst another commented that Stephen and Daniel looked "fabulous."

Others agreed with such sentiments stating that they looked "very dapper," "dashing" and "beautiful," with some followers simply posted red heart emojis in their replies.

The pair were also referred to as "very handsome" and "gorgeous," with another follower taking the opportunity to write in response to the photos: "Both looking sharp."

More than 2,000 guests are said to have been at the garden party at Buckingham Palace, including Giovanni Pernice, 31, and some of his Strictly Come Dancing co-stars.

The professional dancer was at the event with judges Craig Revel Horwood, 57, and Anton Du Beke, 55 - with them photographed around a table with two other people.

The Queen gave permission for the annual garden party to take place at Buckingham Palace.