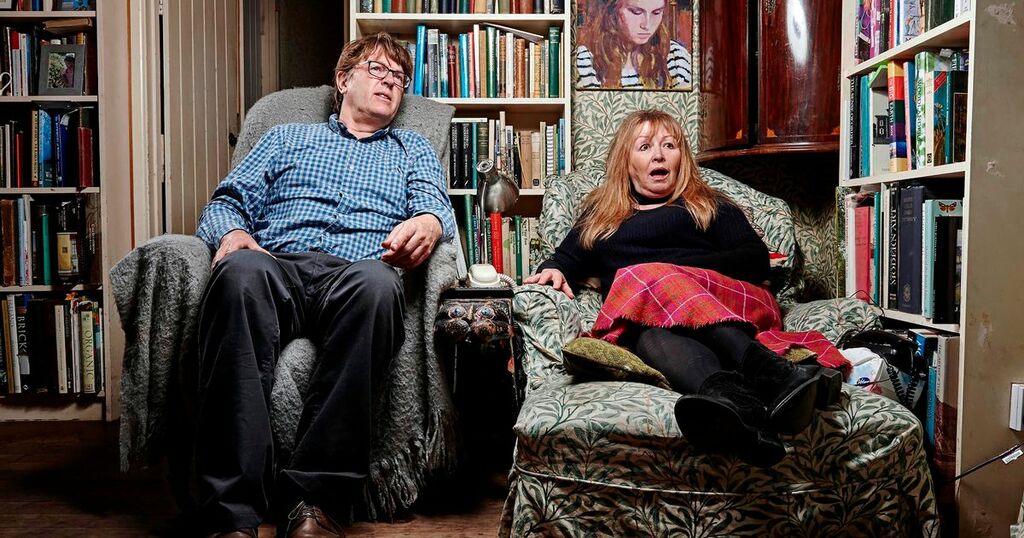 With Gogglebox now on its 18 series we're getting used to the show's families sharing their weird and wonderful stories - but sometimes they can still surprise us.

This week it was fan favourite couple Giles and Mary who managed to shock viewers after they shared a strange story about one of Giles' Christmas gifts.

After watching a news story suggesting that people may be forced to stockpile presents ahead of the festive period, Giles made it known that he would be stockpiling gifts.

Instead, he bragged that he was very good at picking out presents for his friends and family.

He bragged: "I always give people very nice presents but they're very useful presents."

But Mary countered with a story about one of Giles' more unusual gifts.

"I remember the year we went to stay with some people and there were five girls and you gave each one of them a free chlamydia test that you got from the doctor," she said, stifling a laugh.

But while the slightly disturbing present might have embarrassed some people, Giles seemed rather proud of his idea.

He said: "I gave them a testing kit that I got free from the surgery. It seemed to kill two birds with one stone."

While many viewers were shocked by Giles' admission, many more found his presents hilarious.

One viewer took to Twitter to say: "So Giles on Gogglebox gave his friends' five daughters a chlamydia test each as a Christmas gift... That man is a complete living legend!"

Another added: "Best start to #Gogglebox in a long time... #GilesandMary discussing Xmas gifts and Giles giving out chlamydia tests to the girls.... *crying uncontrollably*"

However, others were less impressed.

One fan of the show simply said: "Chlamydia Kit? Creepy."