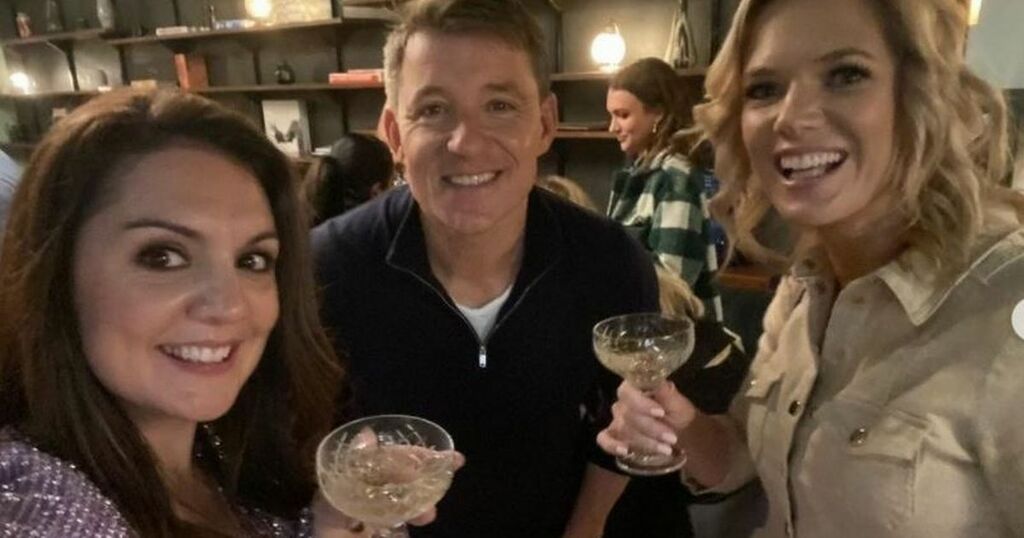 Good Morning Britain host Susanna Reid wished her co-star Laura Tobin a happy birthday today as she joked the weather presenter was in bed after a "wild" night out celebrating her 40th birthday.

Viewers were left utterly gobsmacked last week after discovering Laura's age as she was bombarded by balloons and a cake from her colleagues.

Joined by Richard Madely, Susanna said: "Happy birthday to a couple of people this morning who have just turned 40 - Laura Tobin..."

Richard asked: "Is that why she's not on? Is she having a wild day?"

"Yes, that is," Susanna replied with a grin.

Charlotte Hawkins chipped in: "I think it's safe to say that she will have been making the most of the celebrations."

"So the reason that Alex is on this morning is not just because we love having you on, Alex, but also because Laura is in bed," Susanna said.

Alex added: "Laura's having a lie-in. She's got a very sore head, I imagine."

"She has a very sore head," Susanna said, before going on to wish GMB director Erron Gordon - who recently announced he was leaving ITV for News UK's new channel TalkTV.

Weather presenter Laura was treated to two cakes by hosts Ben Shephard and Kate Garraway on Friday and even took a brief trip down memory lane to look back at her adorable childhood snaps which showed the baby-faced beauty beside her twin brother.

One of the cakes was a prank with a Chris Tarrant's face on, before the presenters revealed Chris had been given a cake with Laura's face on, too, to celebrate his 75th birthday on Sunday.

Fans tweeted their shock at the discovery that Laura was turning 40.

"Laura is 40?! When they said special birthday I thought it was going to be 30! Looking amazing Laura. Happy birthday" added another.

*Good Morning Britain airs weekdays at 6am on ITV