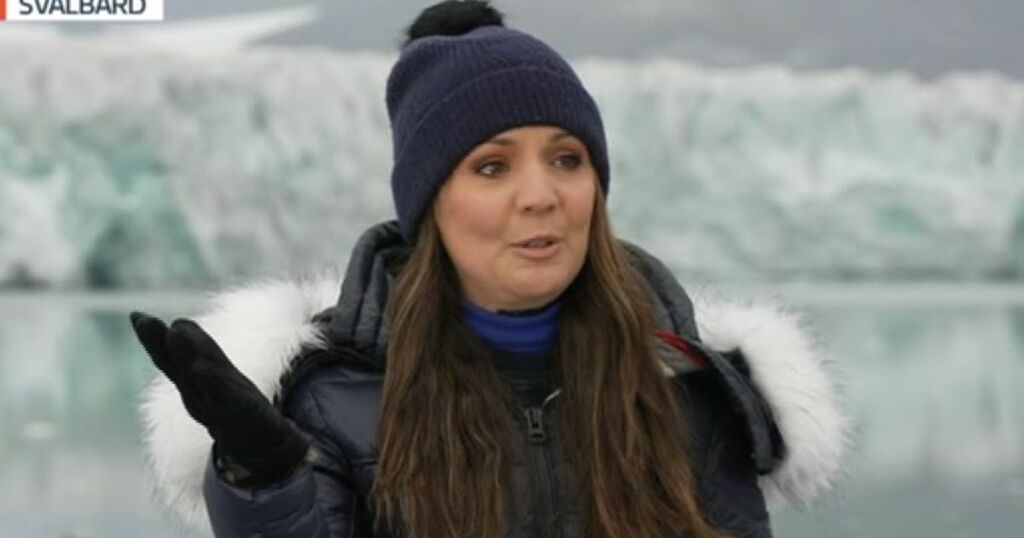 Good Morning Britain's Laura Tobin sobbed on the show on Tuesday, as she revealed a conversation with her young daughter Charlotte about climate change.

Laura also showed viewers an image of the polar bears Charlotte had drawn, after she learned her mum would be heading to the Arctic.

Filming live from Svalbard to the GMB studio, she presented a segment on climate change and was located halfway between Norway and the North Pole.

Missing her daughter who is obviously at home while she is on the trip, Laura got upset before breaking down as she revealed her concern that when Charlotte is older, there might not be any polar bears left.

Hoping the icy landscape would stay as it is, amid rising earth temperatures, sea levels rising and the ice sadly melting, Laura worried about the future of the planet.

Speaking about her visit to the Arctic, she said: "The impact on the world is huge. We need ice because it helps to cool our planet. The weather here and the fact the ice is melting disrupts the jetstream to weather in the UK.

"The ice melting and glaciers melting means sea levels will rise, which will lead to more flooding in the UK.

"Here the visions of the changing landscapes and the impact it's had on eco-systems and wildlife before our eyes has been inspiring, breathtaking and devastating."

She then choked up and began crying, as she said about her and her team missing their loved ones - as she insisted the importance of their trip.

Laura told hosts Richard Madeley and Susanna Reid: "I came here...I've been away from Charlotte for six days. My producer Ruth hasn't seen her daughter, she's never had a night away from her.

"I wanted to come and tell the story here because it's actually not a story, it's a reality."

Showing the drawing Charlotte had made of the polar bears to the camera, she continued through her tears.

She said: "My little Charlotte drew this picture of a polar bear and....we were talking about what we can do.

"Just understanding the reality and everyone making a difference, and everyone working together and not pointing fingers will help."

Richard and Susanna offered their support to Laura from the studio, with Richard asking if she was okay.