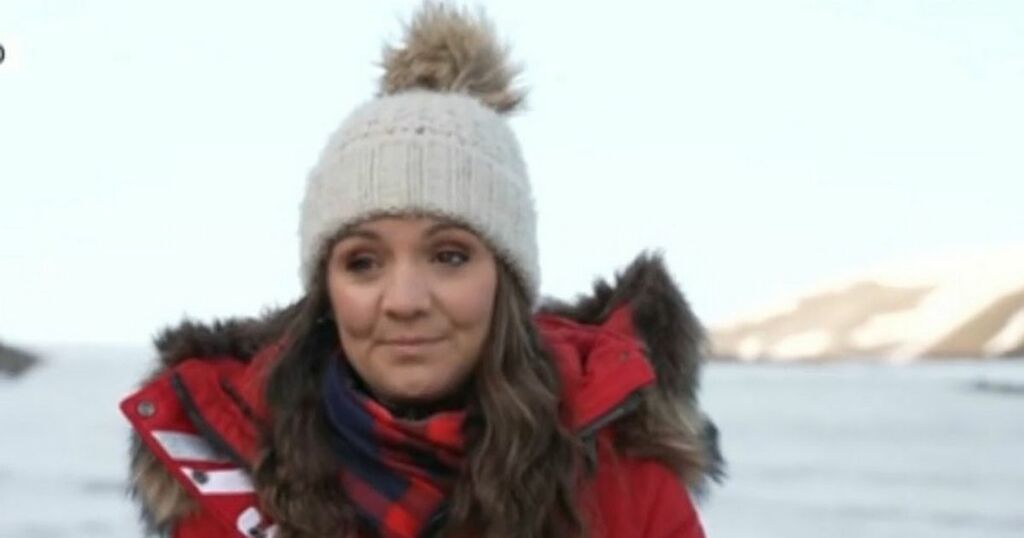 GMB fans were quick to point out a problem as Laura Tobin reported live from the Arctic Circle.

Weather presenter Laura told viewers about the alarming impact that climate change was having in the Artic and what that meant for the rest of the world.

Laura spoke to a local guide about the changes he'd seen in the area over the last decade and what changes he expected to see in the future.

GMB hosts Susanna Reid and Richard Madeley were left concerned by Laura's report, with Richard also pointing out the threat that polar bears were becoming in towns, because they were unable to hunt food in the usual way.

But many viewers spotted a key problem with Laura's report, with many wondering why she had to fly to the Arctic for her report.

Several viewers took to social media to question her trip, with some accusing GMB of being 'hypocrites'.

Colin Basterfield said: "How much has it cost to fly Laura out, what's her carbon footprint for the journey? Hypocrites."

Emily said: "I know, we’ll FLY somewhere to moan about our carbon footprint and global warming. They could have easily done this from the studio. What an own goal."

Fi said: "Absolute hypocrisy in its pure form, flying a crew out to film Laura live from the Arctic Circle, to preach to us all on climate change, which she could have easily done from the studio."

And Trish said: "Climate crisis - errr how did you get there? This just adds to climate change problem."

However GMB said that the trip had been "carbon offset".

A GMB spokesperson said: "All flights booked as part of Good Morning Britain's trip to the Arctic were carbon offset.

"The Norwegian Polar Institute worked very closely with GMB on the trip, as they were keen to demonstrate what impact global warming is having in the region."