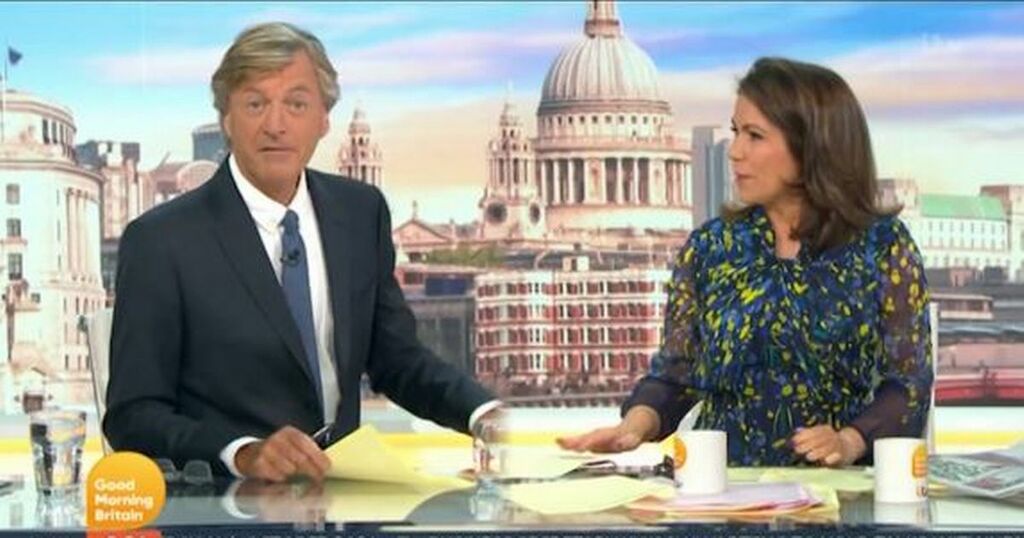 Good Morning Britain presenter Richard Madeley responded to rumours that he was set to appear on I'm A Celebrity later this year.

Madeley did not rule out entering the jungle this year, but said that "I may be going in, or I may not be going in".

He said "I'm asked this every year actually, well most years they ask me to do it."

Co-host Susannah Reid asked Richard Madeley his plans for the next few months, after he said he would be with viewers as a host on the show for "a solid month".

He joked with viewers, saying "sorry" for his return after a two week break.

Susannah Reid then asked Madeley "Doing anything in a month's time, Richard?", to which he replied "Ah that story, she's referring to I'm A Celebrity Get Me Out Of Here".

"The elephant's in the room" he replied, as Reid explained the rumours she had heard about the I'm A Celebrity line up.

"I've checked with ITV what they want me to say about this" he explained, "because I may be going in, or I may not be going in".

"Well I may be going in or may not be going in!" jokes Reid in response, to which Madeley said "they haven't named you, you see, in the papers."

Madeley was left laughing after Reid said "well it's about time they did!".

According to The Mirror, Richard Madeley reportedly signed a "200k" deal to join this year's line up.

Piers Morgan and Paul Gascoigne have also been rumoured to be heading to the jungle in Wales this year.