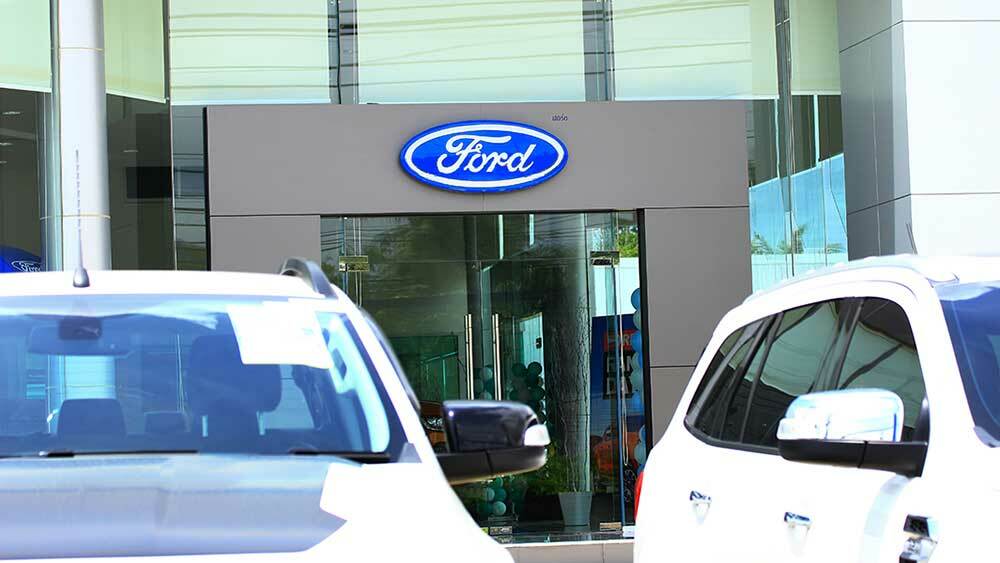 General Motors, Ford and Stellantis continue to rise after restarting production at some plants in one sign, among others, that the auto chip shortage may be easing. GM stock retook a buy point.

On Oct. 1, GM offered a production update while announcing Q3 auto sales plunged by a third, year over year, gated by semiconductor supply disruptions rather than weak consumer demand.

"The semiconductor supply disruptions that impacted our third-quarter wholesale and customer deliveries are improving," Steve Carlisle, president of GM North America, said at the time.

"As we look to the fourth quarter, a steady flow of vehicles held at plants will continue to be released to dealers," he added, "and we look forward to a more stable operating environment through the fall."

In addition, Stellantis plans to resume producing the Jeep Grand Cherokee in Detroit before the end of October, reports say. It also will start producing Ram heavy-duty trucks in Mexico again.

And the Detroit News reported that Ford's Oakville plant in Ontario will restart production of the Ford Edge and Lincoln Nautilus SUVs in early October.

But Ford's retail sales jumped 34% in September vs. August, after growing 7% in August vs. July. Ford cited improving production and inventories of vehicles for the sequential sales gains, another potential sign of improving chip supplies.

"Going into October, Ford's gross stock totaled 236,000 – up 21,000 vehicles compared to the start of September," the automaker said. Ford continues to report U.S. auto sales on a monthly basis, while its peers have switched to quarterly sales reporting.

While production and inventories are improving, headwinds remain. Several other plants are still down at the Detroit Big 3, according to recent reports. Even Chinese EV stocks such as Nio warned the chip crisis would weigh on Q3 sales, which, however, ended up beating their own expectations. But on Oct. 4, Li Auto suggested supply woes linger in the current quarter.

And on Monday, Tier 1 auto supplier Aptiv cut its financial outlook for the remainder of the year. The lingering semiconductor shortage continues to negatively impact the supply chain, it said.

Shares of General Motors gained 1.5% near 59 on the stock market today. GM stock regained a 58.70 buy point from a double-bottom base, according to MarketSmith chart analysis. It is up 12% so far this month, following the company's Oct. 1 production update, and the relative strength line is bolting higher to its best level in months. The buy zone goes to 61.64.

The global chip shortage will cost automakers $210 billion in lost revenues this year, according to AlixPartners. That is up markedly from the consulting firm's earlier estimate of $110 billion.

In terms of vehicles, AlixPartners is now forecasting that production of 7.7 million units will be lost in 2021, up from its 3.9 million forecast earlier.