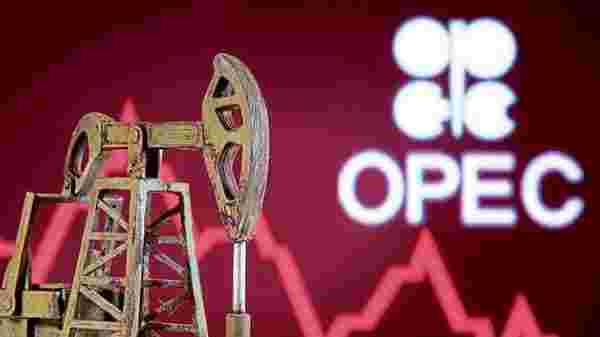 The world’s thirst for oil will exceed pre-pandemic levels next year, with improving vaccination rates and increasing public confidence in governments’ management of Covid-19 spurring a recovery in travel, the Organization of the Petroleum Exporting Countries said Monday.

In its closely watched monthly market report, OPEC raised its forecast for global oil demand for 2022 by just under a million barrels a day to 100.8 million barrels a day, higher than 2019’s demand level of 100.3 million barrels. OPEC had previously forecast a return to 2019 demand levels in the second half of next year, but Monday’s report was the first time the cartel said it expects demand to beat pre-Covid-19 levels for the full year.

OPEC’s forecast that oil demand next year will be even higher than before the pandemic comes despite efforts by governments and companies to slash fossil-fuel usage to hit net-zero emissions targets.

Combined with an unchanged supply-growth forecast for its non-cartel counterparts next year and a 200,000 barrel-a-day cut to the same forecast for this year—citing the impact of Hurricane Ida on U.S. oil production—OPEC’s estimates signal a tightening oil market. The pace of recovery in oil demand is now expected to be stronger than before and to mostly take place in 2022, after the emergence of the highly contagious Delta variant stymied recovery this year.

OPEC expects the variant’s impact to be felt in oil markets over the coming months. The cartel trimmed its demand forecast for the final quarter of this year.

While all of the world’s geographic regions are expected to contribute to the rebound in demand, oil consumption in the wealthy countries of the Organization for Economic Cooperation and Development is expected to remain below pre-pandemic levels, OPEC said. The cartel boosted its demand-rebound forecast for developing countries by twice as much—600,000 barrels a day—as that for OECD countries.

In addition to a steady economic recovery from the recessions brought about by the pandemic, “improvements in vaccination rates and a potential increase in public confidence in managing Covid-19 is anticipated to be more widespread in 2022, further supporting the recovery of oil demand, particularly transportation fuels," the Vienna-based organization said in its report.

Oil prices added to early gains following the release of OPEC’s report, with Brent crude—the global benchmark—up 1.2% at $73.77 a barrel. U.S. crude futures were last up 1.4% at $70.71 a barrel, with around half of Gulf of Mexico oil-and-gas production still out of action following Hurricane Ida and with U.S. data released last week signaling strong gasoline demand over the Labor Day weekend. Analysts expect the resurgence in travel to continue.

“Once mature economies get vaccinations above a certain threshold and avoid lockdowns, people will be more willing to travel on the road and be in the air despite high Delta case levels," said Helge André Martinsen, senior oil market analyst at DNB Markets. “This will push through to emerging markets next year so you can easily see demand back to pre-pandemic levels."

OPEC’s increase to its world oil-demand forecast for 2022 follows estimates put out in recent weeks by the cartel’s Joint Technical Committee, which forecast a similar rise in 2022 demand. That came the same week as the cartel and its allies agreed to continue increasing oil production in measured steps in the coming months.

Still, Monday’s report might surprise analysts who had widely expected OPEC to cut its 2022 demand forecast, rather than raising it.

The report’s forecast of rising oil demand comes as surging energy prices in Europe showed that even some of the world’s wealthiest countries remain dependent on fossil fuels to make up for shortfalls in renewable energy. A particularly cold winter this year could drive up global oil demand by a further 1 million to 2 million barrels a day, forcing Brent prices up to $100 a barrel in the first half of 2022, said Francisco Blanch, a commodities strategist at Bank of America.