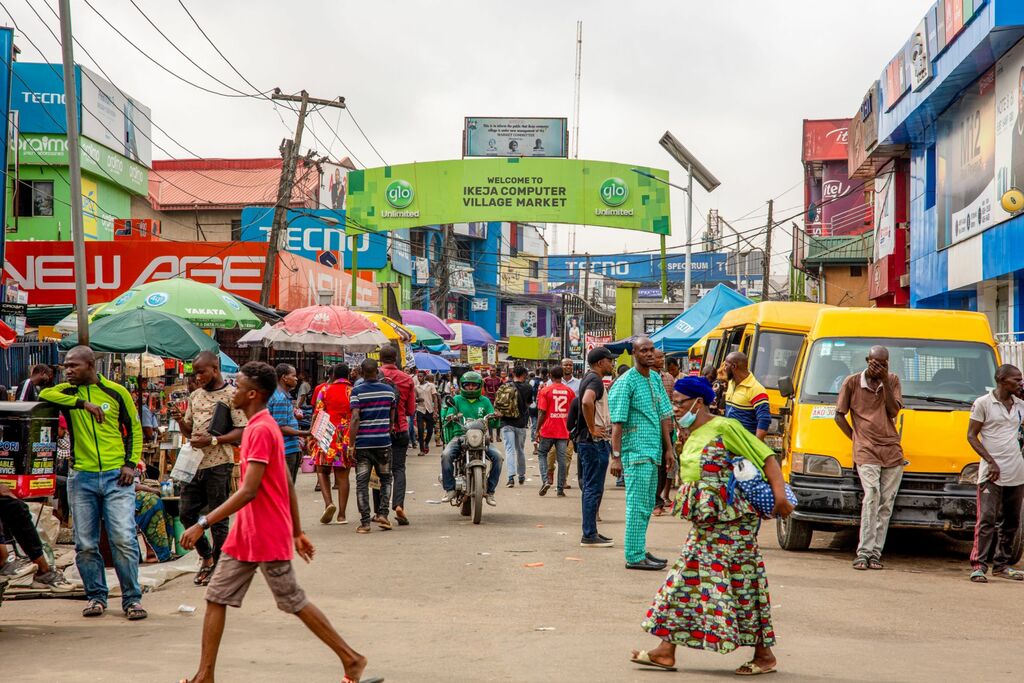 Ricky Rapa Thomson was a security guard and then a motorbike taxi driver before he became an entrepreneur. SafeBoda, the startup he co-founded, promises safe and reliable transport on Uganda’s deadly streets. It also offers fintech solutions for its drivers and customers and hopes to become Africa’s largest ride-hailing service.

It’s the kind of fairy-tale story that tech investors usually love. Yet it’s also the sort of pothole-filled journey that overseas capital has traditionally avoided in Africa, preferring instead to focus on extractive industries like mining or on infrastructure projects.

So Thomson was anxious when SafeBoda sought Series B investments in 2019. But the startup drew funding from the investment arms of German insurance major Allianz and Indonesian super app Gojek, neither of which had ever put money in African tech before.

“It was humbling,” Thomson told Al Jazeera, recalling his emotions at the time. “It’s an amazing validation.”

Two years later, Thomson’s experience resonates with hundreds of African founders, as the continent emerges as ground zero for a stunning surge in fintech funding. Global investors, often from countries that have traditionally not been major players in Africa, are rushing to back promising startups. From giant corporations to venture capital (VC) firms of myriad sizes, no one wants to be left behind.

In the third quarter of this year alone, African fintech firms raised $906m, according to Digest Africa, a database of early-stage investments on the continent. That represented more than 60 percent of all venture money that flowed into Africa last quarter, and more than all other sectors combined in the first half of 2021.

This year’s trend builds on a separate analysis by BFA Global’s Catalyst Fund, which showed funding for African fintechs grew exponentially, from a mere $385m in 2018 to $1.35bn last year.

Three years ago, the continent had one privately-owned startup worth over $1bn – Nigerian e-commerce company Jumia. Today, at least seven African startups have joined the “unicorn” club. Five of those are fintech firms, three of which — Flutterwave, OPay and Wave — became unicorns just this year.

Too many numbers? This wave is just getting started, according to Ryosuke Yamawaki, whose Kepple Africa Ventures entered the continent in 2018.

“I think it’s going to explode,” Yamawaki told Al Jazeera. “Now we see new investors from outside Africa every day.”

But it isn’t just the West that has its eyes on African fintech. In August, Nigeria-based mobile money service OPay became the most-valued African startup at $2bn after a mammoth $400m funding round led by Japan’s SoftBank and backed by Chinese investors such as Sequoia Capital.

But while these behemoth funds often grab the spotlight, smaller investors from a diverse set of countries are the ones who’ve laid the foundation for African fintech’s moment in the sun.

Now we see new investors from outside Africa every day.

Unlike Tiger Global and SoftBank, which started investing in African startups only this year, Japanese venture capital companies Kepple, Samurai Incubate Africa and Asia Africa Investment & Consulting have been rapidly building their portfolios over the past two years.

Kepple has now invested around $15m across 96 companies, Yamawaki said.

In April, Australia’s TEN13 invested an undisclosed amount in Kenya-based ImaliPay. And the investment in SafeBoda from Indonesia’s Gojek underscores how funds from emerging markets are joining their peers from developed economies in betting on Africa. “The world realises that the best way — the only way really — to find solutions to Africa’s challenges is by investing in local innovators capable of designing fixes that actually work,” Thomson said.

The race is on

To be sure, fintech is hot globally — not just in Africa. But the continent has unique features and challenges that make the sector an ideal fit.

Traditionally, the high cost of doing business in Africa has served as a deterrent for many foreign investors, said Aubrey Hruby, who advises Fortune 500 firms and other major companies on investments in the continent. Poor physical infrastructure complicates business activities.

“Fintech does away with those infrastructure challenges,” she said.

African talent in the sector has also matured now, with many founders on their second or third startups. “Investors know they’re dealing with people with a proven track record who’ve learned along the way,” Hruby told Al Jazeera.

Then there’s the market itself: 40 percent of sub-Saharan Africa’s people are under the age of 15, making them potential future customers at a time when smartphone penetration, still under 50 percent, is rising sharply.

“It’s a huge opportunity,” says Ricardo Schäfer, a partner at Target Global, a London-based venture capital fund. “Like in a gold rush, you want to invest in picks and shovels, we want to focus on the infrastructure of digital money — and that’s fintech.”

Though the United States, China and others are all vying for influence in Africa, the race to invest in fintech is unlikely to be impacted by geopolitics, according to Hruby and Yamawaki. VCs, Yamawaki said, just don’t think that way. But a different competition, among private sector investors from around the world, appears inevitable. “There’s a scramble to get in,” said Yamawaki. “The winners will be those who came to the market earlier.”

Yet getting in early brings its own risks and anxieties. After Target Global led a $10m investment round for Nigerian digital bank Kuda last year, Schäfer said his firm’s “biggest concern” was whether smart capital would “follow us.” It did: In early August, Kuda was valued at $500m after a fresh round of funding. “Our concern faded away very quickly,” he told Al Jazeera.

Now, the entry of some of the planet’s biggest funds like SoftBank and Tiger Global is likely to increase the confidence of smaller VC firms looking to make early-stage investments, said Yamawaki. And as the startups grow bigger, “their talent will leave and start their own businesses”, further spreading the lessons they’ve learned from their success, said Hruby.

True, the political instability and regulatory uncertainty that have long spooked investors in Africa remain realities in several nations even today. But SafeBoda’s Thomson is convinced that the flood of investments into African fintech reveals a pathway to a better future. “When global investors back local innovators and local tech, you build a better world,” he said.