Global bond markets under pressure amid deluge of supply 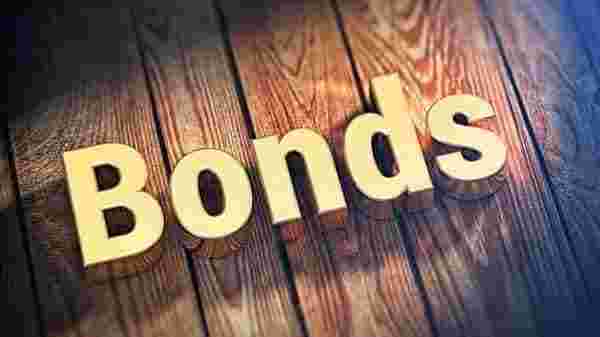 A selloff across rates markets is intensifying amid a deluge of government and corporate bond sales in the U.S. and Europe.

US benchmark borrowing costs climbed to the highest in more than a week ahead of the sale of $120 billion of debt starting Tuesday. Meanwhile the corporate new-issue calendar roared back to life on what historically has been one of the heaviest days of the year -- the day after the U.S. Labor Day holiday.

The 10-year Treasury note’s yield rose more than five basis points to 1.373%, above its 200-day moving average and near the high end of its range since mid-July. German 10-year yields surged to a seven-week high of minus 0.32% before Wednesday’s sale of a new green security. And in the U.K., benchmark yields rose to their highest since June after the government sold four- and 50-year debt in an auction.

“Call it a lot of gross supply in a short week," said Stefan Dannibale, head of U.S. Treasury trading and sales at StoneX Group Inc. “It seems like the market’s having indigestion with it."

The Treasury auction cycle begins with a $58 billion three-year new issue Tuesday at 1 p.m. New York time, and includes $38 billion 10-year and $24 billion 30-year reopenings over the next two days. In the dollar-denominated corporate bond market, 20 issuers have lined up offerings for Tuesday.

The rise in government bond yields kicked off in the Asia session, with traders positioning for higher rates in New Zealand and Australia. That’s setting the stage for the European Central Bank’s meeting on Thursday, with investors bracing for a possible reduction in the pace of the central bank’s asset-purchase program.

It’s also a sign of pressure on fixed-income markets as bond sales fire up once again after the summer break.

“Bond market issuance has returned with aplomb, and this, plus the pending event risk of Thursday’s ECB meeting, is meaning that U.S. and European investment grade credit and rates markets needs to cheapen," said Peter Chatwell, head of multi-asset strategy at Mizuho International Plc.

He recommends buying five-year Treasuries and selling 30-year counterparts to target a widening of the spread to 140 basis points by year-end from 116 basis points currently.

Elsewhere in Europe, Spain kicked off a busy September for issuance in the green bond market, seeking to raise 5 billion euros ($5.9 billion) via a 20-year note.

Against this backdrop, Mark Nash, a money manager at Jupiter Investment Management, turned short from neutral on Treasuries and bunds this week and is betting against Australian debt. “As long as growth is good and the Fed don’t hike early then bond yields can rise," he said.

At Mediolanum, fund manager Charles Diebel is selling Japanese debt as the country’s leadership race heats up but says Treasuries and bunds may not have much further to fall.

“Growth will remain impaired, central banks are tapering which moderates inflation risk, and the size of the debt stock precludes a move to much higher yields," he said.