Glitches, delays and court drama: another day of twists in Djokovic saga 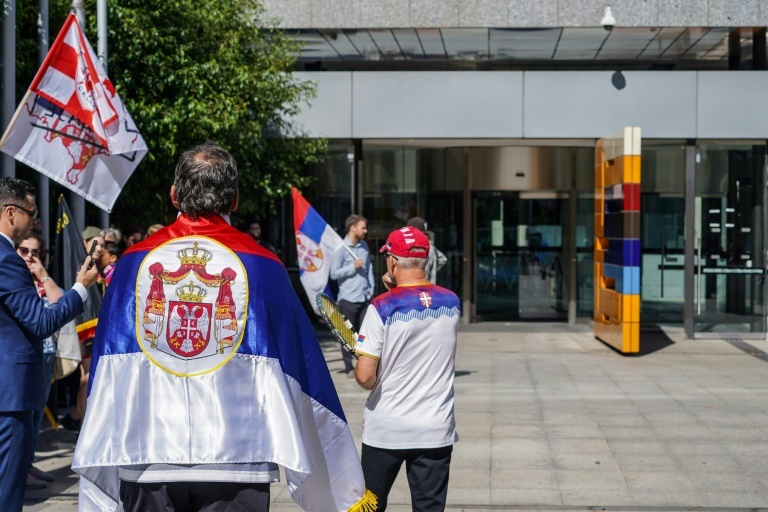 Melbourne (AFP) - The day started with a website crash and ended with the stunning release of the world's number one tennis player into Australia after nearly five days of detention.

As viewers around the world tuned in to a much-anticipated livestream of Novak Djokovic's visa appeal hearing early Monday, they met the same fate the tennis star faced at Melbourne's airport last week -- being denied entry -- as the site crashed.

It was perhaps a fitting twist in a saga that has rolled on since Wednesday, with the Serbian holed up in a notorious Melbourne immigration detention centre on Covid-19 health grounds rather than training for a record 21st Grand Slam.

Hours later, the hearing was abruptly restarted by Judge Anthony Kelly, who reinstated the Serbian superstar's visa and ordered his release from detention -- a decision that only prolongs what has become a humiliating global news event for the Australian government.

The online hearing -- eventually streamed on YouTube -- drew tens of thousands of viewers.

Djokovic watched proceedings with his barristers in Melbourne as the twists and turns kept coming throughout the day.

Outside Melbourne's federal court, dozens of Djokovic fans and anti-vaccine mandate protesters waved flags and placards as journalists scrambled to report on the hearing.

Chants of "Nole!" -- Djokovic's nickname -- and "let him play!" rang out back at the court as the buoyant crowd, some holding umbrellas with anti-vaccine slogans, continued their song and dance routine in the Melbourne heat.

The tennis star was released to the delight of his team, devoted nationalist supporters and anti-vaxxers who had rallied for him in recent days.

After his victory, police officers and private security guards descended on his lawyers' offices.

If he is not detained again, he will be able to enjoy the freedoms that his supporters believe befitting of his status.

"He deserves 5-star accom and his private chef now!" read one placard held aloft by a Djokovic supporter outside the former Park hotel, where the player was held.

The Australian government has one last card up its sleeve: the immigration minister reserves the right to intervene and ban him again on different grounds.

But the day seemed to be ending without the resolution that Canberra so desperately wanted, and with Djokovic's supporters in Melbourne's Fed Square still cheering devotedly into the night.