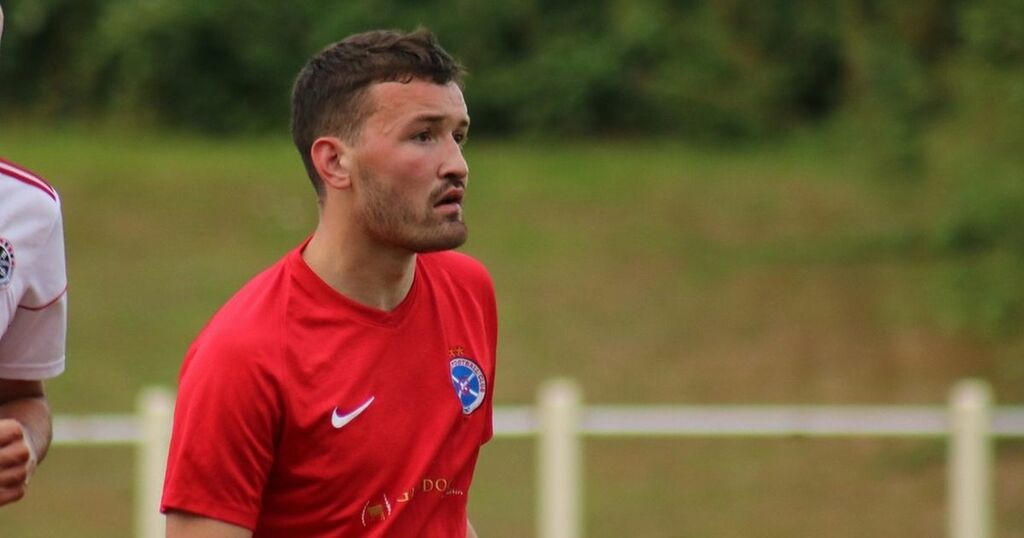 Glenvale did their best Scotland impression after putting in a Jekyll and Hyde performance before eventually teaching Campbeltown Pupils a lesson.

The Paisley side put in their “worst 45 minutes ever” in a dreadful first half, according to boss John Kelly, mirroring the Scotland national team who were also woeful against Israel before the break later that day at Hampden.

Steve Clarke’s men returned rejuvenated and went on to win 3-2, the exact same score line that Glenvale eventually beat Campbeltown by after overcoming a two-goal deficit to run out 3-2 winners after a much-improved second half performance.

Manager Kelly was delighted with the character shown by his players to battle back to victory, but admitted he had to limit his time in the dressing room at the break to just 30 seconds for fear his reaction would be too furious.

“The first half we were really poor,” Kelly told Express Sport.

“It’s by far the worst I’ve ever seen us play and it’s probably the worst 45 minutes I’ve ever been involved in.

“I wasn’t best pleased as you can imagine and I actually only went into the dressing room at half-time to give them a telling off for 30 seconds.

“Any longer and I’d have probably blown my top altogether, which is really unlike me.

“We couldn’t get to grips with their style at all so we had to change the shape a bit and try to play the game more on our terms.

“I have to give credit to the players because they came out a totally different team after the break.

“It’s the first time I’ve questioned their character, but they proved me wrong as they were phenomenal in the second half.

“A few of the boys were laughing after the Scotland game saying we’d done a Scotland before they did!

“It was 3-2 in the end but it could have been a lot more. We were a different animal after the break and Campbeltown simply couldn’t cope with us once we’d clicked.”

Kelly believes his side are starting to show signs of developing more of an understanding as a team as they reach the halfway stage of their first ever West of Scotland campaign.

Next up is a difficult test against Division 4 title-chasing Kilsyth Athletic, a well-drilled team that Kelly hopes to emulate as the season progresses.

He said: “The boys are gelling more every week. You could see against Campbeltown they were all fighting for each other and helping each other.

“The experience of coming back from two behind to win will help them too, knowing they can come back from adversity like that.

“We’ve got Kilsyth next who are right at the top end of the table. We played them a few weeks ago and they are a very good team.

“They’ve been together for a long time and they’re very well-drilled. That understanding is what is making the difference in this league and that is the level we’re trying to get to. We’re getting closer every week.

“We played very well against them and had plenty of chances. If we’d been a bit more clinical we could have got a better result and hopefully we’ll manage that this time around.”