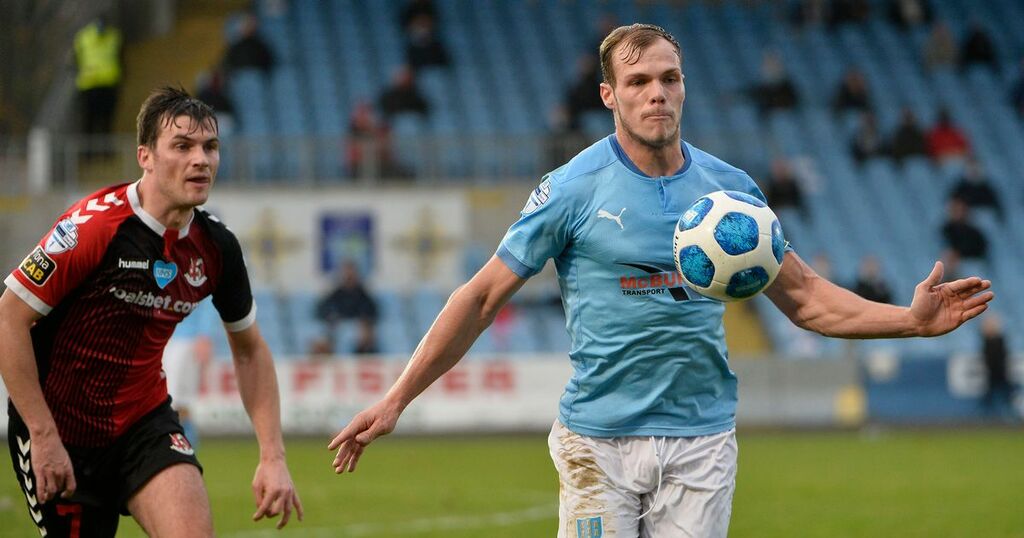 Ballymena United captain Leroy Millar is eager to exorcise the memories of last season when injury and frustration bookmarked a year to forget.

And the mobile midfielder, who was sidelined from January to April before returning for the end of the season, is eager to make up for lost time.

Ahead of Friday night’s trip to face Glentoran at The Oval, Millar said: “Looking back at last season, it was frustrating for myself because I ended up missing 16 or 17 games.

“In a normal season, I would have missed fewer games, but because we were playing two games a week because of the schedule, I missed a lot more.

“From a team perspective, we also missed out on the European play-offs and lost the Irish Cup semi-final to Linfield when we didn’t turn up, so it was disappointing.

“Personally, I didn’t turn up against Linfield that night and everyone felt really down afterwards, but you have to take it on the chin and try to put things right.

“That’s what we’re focused on this season, kicking on as individuals and as a squad and aiming as high as we can.”

Millar accepts not many will tip United, who lost 2-1 to Warrenpoint Town with 10 men on the opening day, for a top-six finish in one of the most competitive leagues in recent memory.

But he is determined David Jeffrey’s new look side - nine new players were signed in the summer, including former Derry City striker David Parkhouse - proves a few people wrong.

“Expectations will probably be really low for those looking at us from the outside in, but I know Davy and our changing room will have very different expectations,” he said.

“It’s near enough a new changing room with 12 or more players moving on and a lot of new faces coming in, so it’s like a new team being built.

“It’s always fresh when young or new players come in and they sometimes have a point to prove, especially those who maybe don’t know a lot about the league.”

Ballymena are playing their first league game since losing to Warrenpoint on August 28 when summer signing Dougie Wilson was red carded while conceding a 46th minute penalty.

While the Sky Blues are looking to register their first points of the campaign, the Glens are looking to bounce back from last week’s 1-0 defeat to leaders Cliftonville at Solitude.