Glentoran star Jay Donnelly says he’d jump at the chance to play for Northern Ireland but accepts he’s down Ian Baraclough’s pecking order when it comes to strikers.

Donnelly also revealed his ultimate ambition is to play in England or Scotland, although he insists he’s fully focused on targeting major honours with the Glens.

The 27-year-old was speaking after receiving the Irish League’s Golden Boot award following a prolific season that delivered 30 goals in all competitions.

“I’m delighted to win the Golden Boot and while it sounds cliched, it has always been a dream of mine to win the top goalscorer award,” said Donnelly.

“I’ve played for a number of years now and when you look at the players who have won the award in the past, it’s incredible that I’m now part of that list.”

“If it was there and it was an option, I’d be happy, but I’m not going to say I’m there at the moment. There are lads playing at a higher level than me.

“I feel like I can get to that level, but I’m not there yet.”

On his future career ambitions, Donnelly said: “Playing across the water has always been a dream of mine, but I’m at Glentoran and I’m happy here.

“If anything did develop it would be up to the gaffer (Mick McDermott) whatever he decided to do; I’m just focused on here.

“I want to keep improving and while I’ll take a break now, I’m already thinking about next season. Why can’t I go and score 35 goals next season?”

Glentoran’s season ended on a sour note with a dramatic 4-2 defeat to Larne in Friday night’s European play-off final at the BetMcLean Oval.

Conor McMenamin and Donnelly had the Big Two giants 2-0 up before a red card for Paddy McClean and four goals from Ronan Hale turned the tie on its head.

It meant McDermott’s men ended their campaign, which had promised so much at the turn of the year, without silverware or European football.

“This season has been a hard one to take, and Friday night was devastating, but that’s football for you,” said Donnelly.

“Personally, I will look back over this season and see how I can better myself and as a team we’ll do the same.” 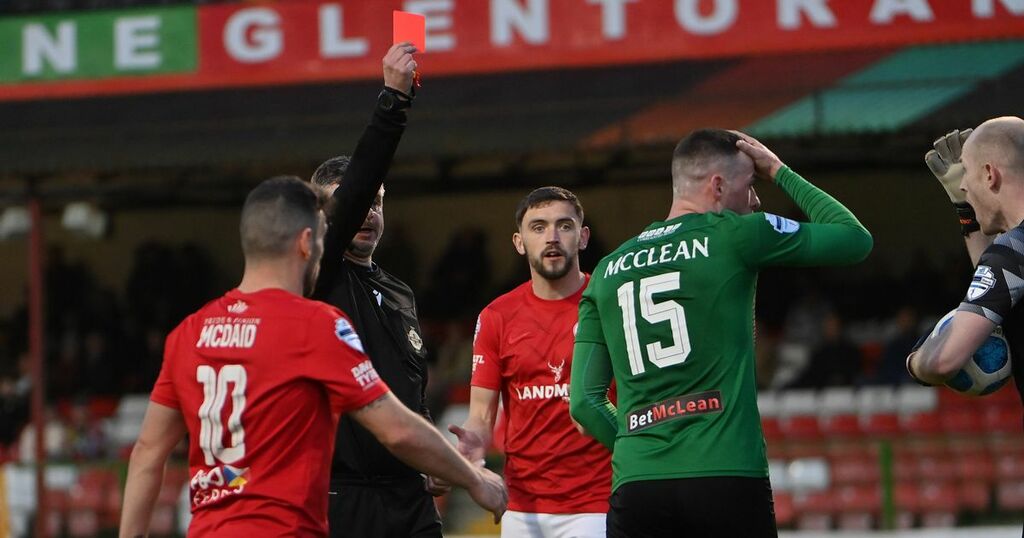