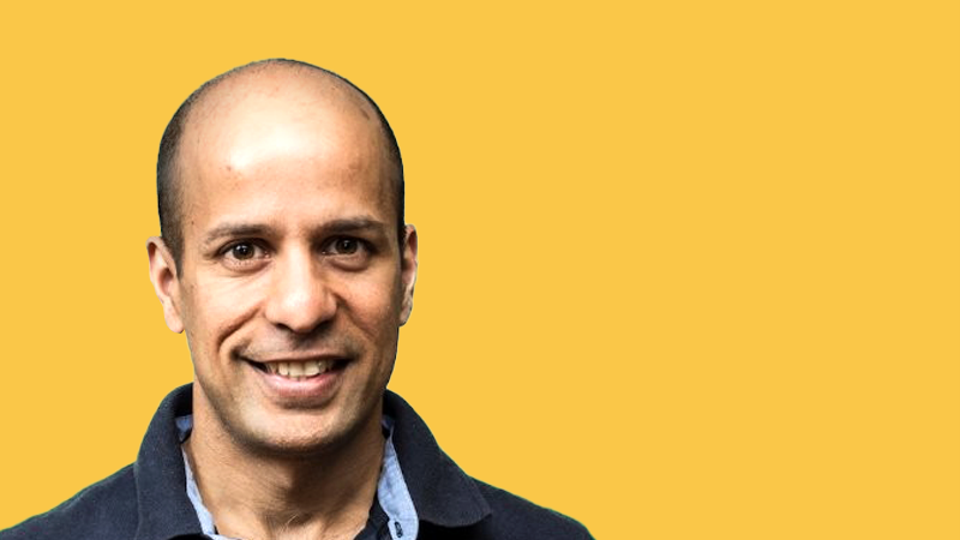 When Arvind Jain left his cushy tech job to cofound cloud data management company Rubrik, he ran into a familiar problem: search. The former engineering director who helped build Google’s core search product found that searching for information inside his startup was far more difficult for employees than typing a query into Google was for everyday consumers.

The problem: Rubrik, valued today at $3.7 billion, had built a tech stack made up of more than 300 cloud applications. With data scattered across so many pieces of software, Jain found his own productivity blunted by the time spent locating the right document or answer to a question. Was it in a Google Doc, an old Slack message or somewhere inside a GitHub repository? “Content has never been as fragmented in the enterprise as it is now,” he says.

Two and a half years ago, Jain stepped away from Rubrik to focus on that challenge—developing an enterprise search engine in secret. His new company, Glean, emerged from stealth Wednesday with an assistive search tool that pulls together information from dozens of disparate applications, cofounded by a group of Google veterans—its CEO, Jain, Piyush Prahladka and Tony Gentilcore—and T.R. Vishwanath, a veteran of Facebook’s News Feed ranking algorithm. Already, Glean has raised $55 million across two rounds of venture funding from firms that include Kleiner Perkins, General Catalyst and Lightspeed Venture Partners.

Jain’s explanation for building in the dark until now: Enterprise search is easier said than done. Companies like Google and Microsoft have tried building similar tools without success, he says. It’s not a natural area for a startup to seek out buzz. While some search software companies such as Elastic and Algolia have found success, their products primarily focus on customers’ search boxes on consumer-facing websites, rather than working for employees. (Elastic, however, recently shipped a workplace search product that promises to unify content across apps.)

“This space has had a reputation as a dead space where nobody ever built a good product. Ultimately, it resulted in venture investment drying up, and the industry just lost steam,” Jain says. “We didn’t want to be yet another company that comes in and announces itself before we have proven our technology, and then end up failing.”

While the idea of enterprise search was “obvious,” the timing had never been right, says Kleiner Perkins general partner Mamoon Hamid, who led Glean’s $15.3 million Series A in 2019 when the startup comprised only Jain and a presentation deck. Hamid says the recent trend of enterprises shifting toward the cloud and software-as-a-service has resulted in more software firms creating APIs, which allow a company’s product to interface with that of another company. These APIs are the key to Glean burrowing its “tentacles deep into dozens of products to index and learn and understand the context of all these documents,” Hamid explains.

On the user side, Glean’s software analyzes the wording of a search query—for example, it understands that “quarterly goals” or “Q1 areas of focus” are asking the same thing—and shows all the results that correspond to it, whether they are located in Salesforce, Slack or another of the many applications that a company uses. The results are personalized based on the user’s job. Using deep learning, Glean can differentiate personas, such as a salesperson from an engineer, and tailor recommendations based on the colleagues that a user interacts with most frequently.

More than 40 companies have deployed Glean, including self-driving tech developer Aurora and newly public cloud computing company Confluent, where nearly 80% of employees use the software. Practically every product and engineering employee at Seattle-based sales software startup Outreach uses Glean, says Amritansh Raghav, who oversees the 260-person unit. “Invariably, there used to be a push to put all our documents in one place, because search is hard,” he says. After Outreach began testing Glean, the trend reversed; employees were able to return to the software they preferred.

Glean launched in 2019 out of an incubation space in Kleiner Perkins’ Menlo Park, California, office, where the team worked until the start of the pandemic. It’s now grown to 50 employees, adding features that have turned the product into something of a knowledge hub along the way, not just a search engine. The software can be deployed to replace the “new tab” page on a Web browser and houses information such as organizational charts and suggested documents for a user to review.

Jain says the startup’s logical path forward is to continue expanding the number of software integrations and use cases—currently the focus is on engineering, sales and IT—but he also has a loftier goal to build an assistant capable of engaging a user in conversation in order to answer questions.

“It’s not just about search, where you type in some words and hit ‘enter,’” says General Catalyst managing director Quentin Clark, the former Microsoft and Dropbox executive who earlier this year led Glean’s $40 million Series B round. “In the work world, there’s an opportunity to leap past that paradigm and build more proactive experiences—there’s a lot of context about what are you most likely to be wanting to work on at that moment, and we can use those signals and provide a better experience.”