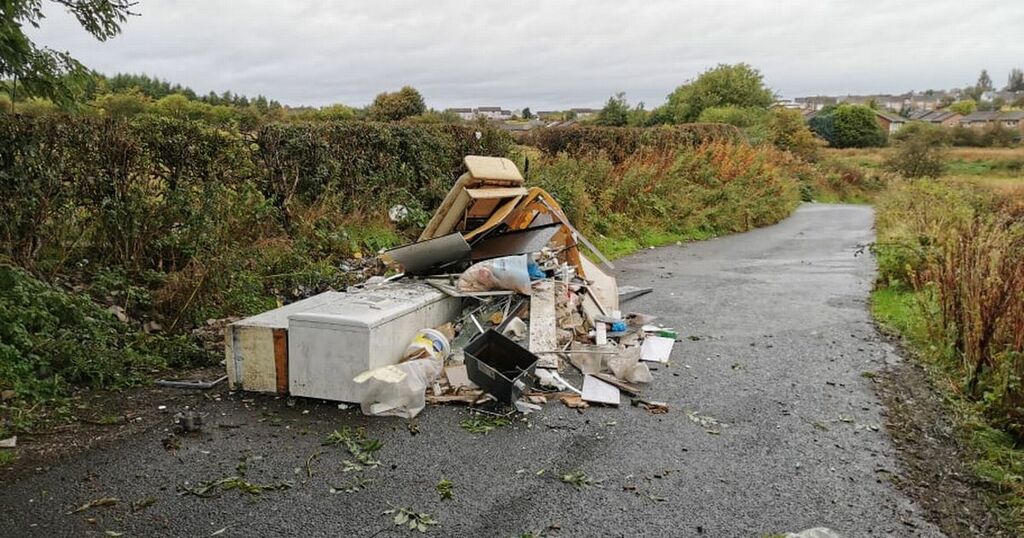 A Glasgow road has been completely blocked off to road users after a flytipper dumped a huge pile of rubbish on it in the dead of night.

The shocking incident is believed to have taken place in the early hours of this morning on Netherhouse Road, which connects Easterhouse and Bargeddie not far from the M8 and M73 motorways.

One local, who uses the road every day, discovered the mass of dumped items this morning and contacted Glasgow Live to alert us to the mess - which appear to be the discarded contents of a house following a renovation.

Items dumped include a cistern, a glass table, two refrigerators, tubs of paint, chairs and a large quantity of wood and metal, plasterboard and wiring that all looks to have been stripped from a property.

They believe the culprit used a big truck or van of some sort judging not only by the sheer amount of dumped items but because a nearby tree branch was broken at the side of the road, suggesting that the rubbish was lifted from the truck or van.

Back in February we reported that over 40,000 reports of 'destructive' flytipping have been made to Glasgow City Council since 2019.

Research from the Liberal Democrats showed that 127,625 reports of fly-tipping were made to local authorities in Scotland, with Glasgow City Council recording the highest number of reports with 44,190 across two years.