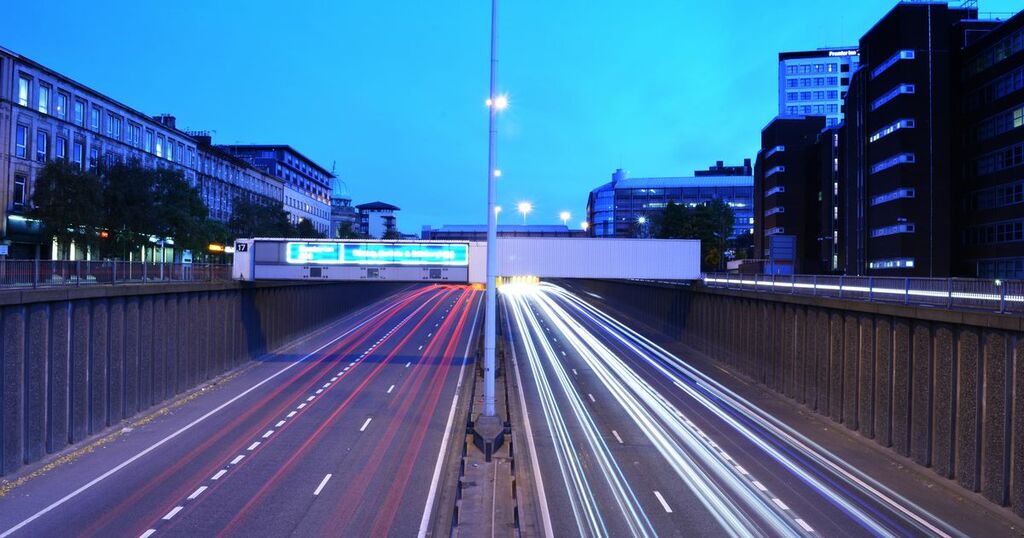 Yesterday we spoke to a Glasgow urban designer who is behind a radical proposal to remove the M8 motorway in the city centre, as part of a vision for a healthier, cleaner and greener Glasgow in the future.

They have set up Twitter handle replacetheM8, which is backing calls for a feasibility study into scrapping the section of the busy motorway that runs between the Kingston Bridge and the area next to the Royal Infirmary near Dennistoun.

The account also seeks to encourage ideas as to what could replace the motorway and help transform Glasgow into a more 'liveable', walkable and cycleable city - one where the connection between the city centre and the west end is no longer severed.

As you might expect, the story has generated much debate among Glaswegians, with plenty both in favour of the radical proposal and plenty on the other side of the fence. Here's our pick of some of the best responses from Twitter and Facebook:

Commenting on Facebook, Justin Nicholson wrote: "Another brain f**t from someone who obviously doesn’t know how the road networks work. Where exactly is the traffic going to go if the M8 is removed."

Mareag Tagg commented: "I was brought up near Charing Cross when it was a perfect little Victorian shopping centre. It was beautiful and the vandals who destroyed it and put the motorway right through the centre of it should be forced to remove every bit of it by hand as a punishment."

Gavin Watson responded: "This is just nonsense. Glasgow city centre was gridlocked before the motorway. The motorway took cars OFF our city streets and allowed the pedestrianisation of Sauchiehall, Buchanan and Argyle streets. The M74 only supplies a southern bypass of the city, there is no viable northern bypass if the M8 is removed. Nonsense."

They were joined by David Gruber who said: "I now live in Los Angeles the largest car park in the world. However I was born and raised in Glasgow and appreciate the thoughts detailed. My suggestion would be two-fold. Cover the motorway and make it a large urban park and finally build a north south subway with connections to the current system."

While Tom King wrote: "Keep the motorway, put a roof on top with landscaped gardens and lots of trees with the tunnel ventilate with exhausted filters. This would be more cost effective and less disruptive than removing the motorway."

On Twitter, Glasgow Living Streets Local Group responded to the story by tweeting: "Glasgow would look a lot different if the M8 didn't cut right through the middle of it. Hard to imagine, but maybe we will get to experience it one day."

James Stafford tweeted: "Scrapping an urban motorway is a well-conceived idea & visionary. A city centre is no place for a motorway. The M8 is a disgrace, visually ugly & horrible to cross, traffic should be on the M74. Other cities are tearing down urban motorways, there are better ways to move people."

Joining them was Rory Olcayto, who wrote: "Undo the M8, retrofit the city’s amazing tenements and embed gallus newbuild architecture to restore Glasgow’s elegant urban swagger. This should be top of Scotland’s green to do list. The people of Scotland will thrive."

And Andy Morrison tweeted: "Cover the Charing X section. And the piece of the M8 from Tradeston to Springburn is quite busy with a lot of junctions. These could be rationalised. Perhaps replaced with a park & ride facility from Pacific Quay to the city centre using the Fastlink bus lanes along Broomielaw."