A Glasgow mum has spoken of her devastation after the sudden death of her partner and father of her children.

Scott John McKenzie, 27, from Drumchapel tragically died on May 3, leaving behind his three young sons.

His exact cause of death is yet to be established.

Scott's partner Amy Wheatland, 24, has vowed to carry on on for the sake of their sons, Thomas, six , Mason, five, and Ollie, three, but "doesn't know how she'll cope".

Speaking to the Daily Record, Amy has vowed to find the strength to carry on for their sake of their sons, Thomas, six , Mason, five, and Ollie, three.

Scott was also dad to Teigan, 10, from another relationship.

Amy said: "Scott was just a really funny guy who didn't really have many hobbies but his main thing was spending time with his boys.

"He would take them out, go swimming and just really liked spending time with them.

"I loved him to bits and I don't think I will ever get over it. The boys don't really understand but they all absolutely loved their daddy.

"I don't know how I am going to cope with everything now.

"I'll just need to get on with things now for the sake of the boys but I don't know how we are going to get by without him around, brightening the place up"

Scott's funeral is due to take place next week at Maryhill Crematorium on Tuesday May 17 at 1:30pm and his family have stipulated that guests should wear bright colours.

In a sweet nod to the doting dad, men attending are all asked to hitch one trouser leg up.

Amy added: "Scott was the bubbliest guy and always made me laugh without fail.

"Walking around with one trouser leg up was just something that Scott always did for some reason and was just one of his ways of making people smile.

"We want people to do that and wear something bright to reflect the fun loving guy we knew." 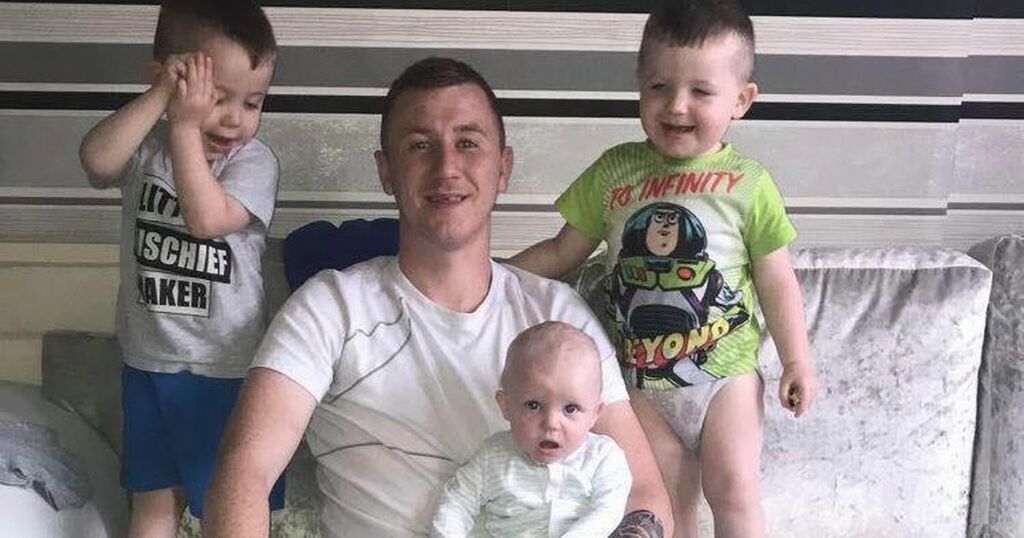 A woman took to Mumsnet asking for advice on whether she should change her mind on her son's middle name,…

Our thoughts are with loved ones at this time