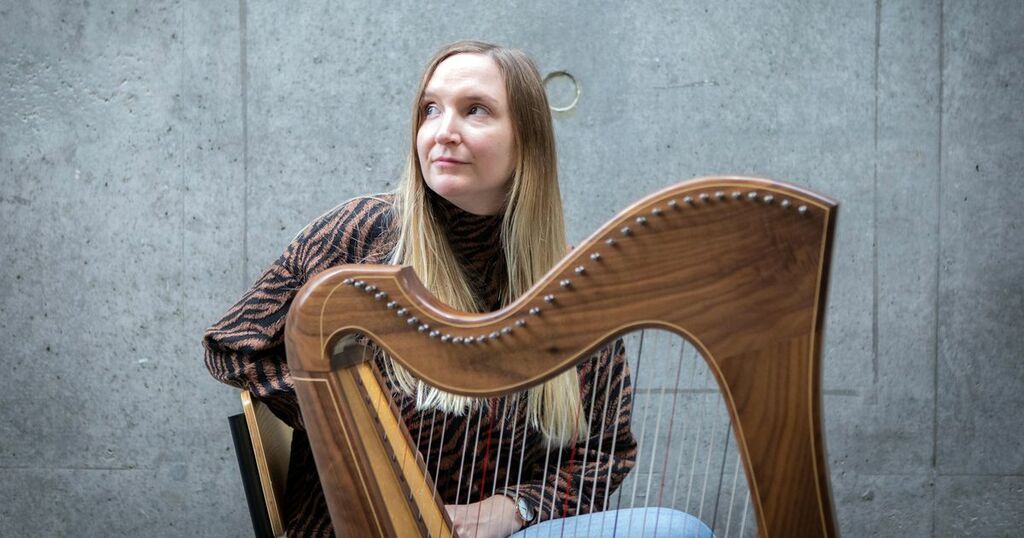 I'm a singer and harp player with a background in folk and traditional music. I like to take old songs and texts and rework them. I also love to collaborate and work with people across different creative platforms.

I'm originally from Edinburgh and have lived on and off between there and Glasgow since I left university. I've lived all over Glasgow, but I bought my first home a couple of years ago and decided Shawlands was the neighbourhood for me. I love it here.

I was lucky to attend a Gaelic speaking school in Edinburgh where I received free lessons on the Clarsach - the Gaelic name for harp. I was always surrounded by music and was involved in Fèis Rois up in Ullapool near where my mother is from. I had such a positive experience there that she was inspired to start up a Fèis in Edinburgh. I'm really grateful for those experiences, because it really sparked my love for playing music with others. I went on to study at the City of Edinburgh Music School and then the Folk and Traditional Music degree at Newcastle University, which is where I met the members of The Shee and The Furrow Collective.

I'm in a few bands including, The Shee, The Furrow Collective, and The Lost Words Spell Songs, although I also perform as a soloist. I like to mix it up and not always be playing the same music all the time. I do write a lot of my own music, but also love to draw on traditional songs in both English and Gaelic and make them my own.

At this year's Royal National Mòd held in Inverness, I was performing as part of my fellow musician, Lauren MacColl's commission, An Ear / East. She has written some beautiful music and it’s been a pleasure to be involved. Lauren and I met at Fèis Rois as kids and have worked on each other's projects for years and have recently started a duo called Heal & Harrow. Our new album is out early next year, and we'll be heading out on tour including a show at Celtic Connections in January.

At the beginning of lockdown, I was booked to go into the studio to record my 5th solo album, To The Awe. With the help of my partner, we turned our bedroom wardrobe into a vocal booth and, together with my brilliant bandmates and engineer, we somehow made the album remotely. It was crowdfunded and I'm ever grateful to the generosity of music fans for their support. I'm delighted that the album has been shortlisted for the SAY Award 2021.

For me, the best thing about being a musician is forging a connection with others, both audiences and band mates.

For more information Rachel’s music, head to: RachelNewton The Royal National Mòd 2021 is taking place in Inverness, with events and competitions, live and online until 16 October, for more information: TheMòd2021