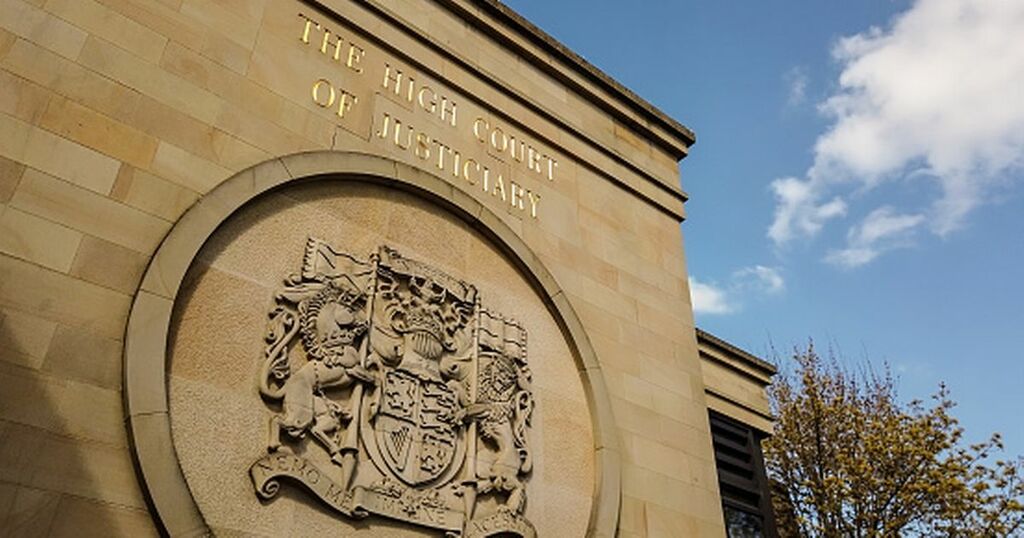 A Glasgow driver scarred a fellow motorist for life after slashing his face in the middle of a busy road in broad daylight.

Graeme Wilson, 39, pounced on James Grieve in Springburn on April 23 this year.

Wilson had earlier pursued Mr Grieve before causing him to stop.

The partially masked attacker then approached Mr Grieve's driver window before striking him - leaving a 15cm facial wound which will scar.

Wilson pled guilty yesterday at the High Court in Glasgow to assaulting Mr Grieve to his severe injury and permanent disfigurement.

The court heard Wilson was in his black Audi Q7 car on Hawthorn street with another man in the vehicle. Wilson clocked Mr Grieve travelling in the opposite direction in a blue Volkswagen Golf.

Mr McKenna said: "Wilson performed a U-turn and drove off at speed in pursuit of Mr Grieve, traveling through a red light, maintaining speed and overtaking vehicles on the opposing carriageway."

Wilson and the other man, who was also masked, exited the Audi and approached Mr Grieve's car.

Mr McKenna said: "Wilson removed a knife from his hooded jumper pocket or trouser waistband and lunged through the driver's window where Mr Grieve was sitting. He struck Mr Grieve's head with a knife as other cars drove by."

Mr Grieve was able to reverse his car at speed and fled the scene.

He was later taken to hospital for "an enlarged incised wound across the right side of his face from his eye to his ear measuring approximately 15 centimetres."

The wound was surgically cleaned and stitched by plastic surgeons while his ear was treated with glue. Two temporal nerves which were damaged were also repaired.

Mr McKenna added: "He will be left with a significant scar at the site of the wound."

Wilson was traced by police meantime at his home where he attempted to flee the scene in a van but was blocked in by officers.

Sentence was deferred until next month by judge Lord Harrower. Wilson had his remand in custody continued meantime.