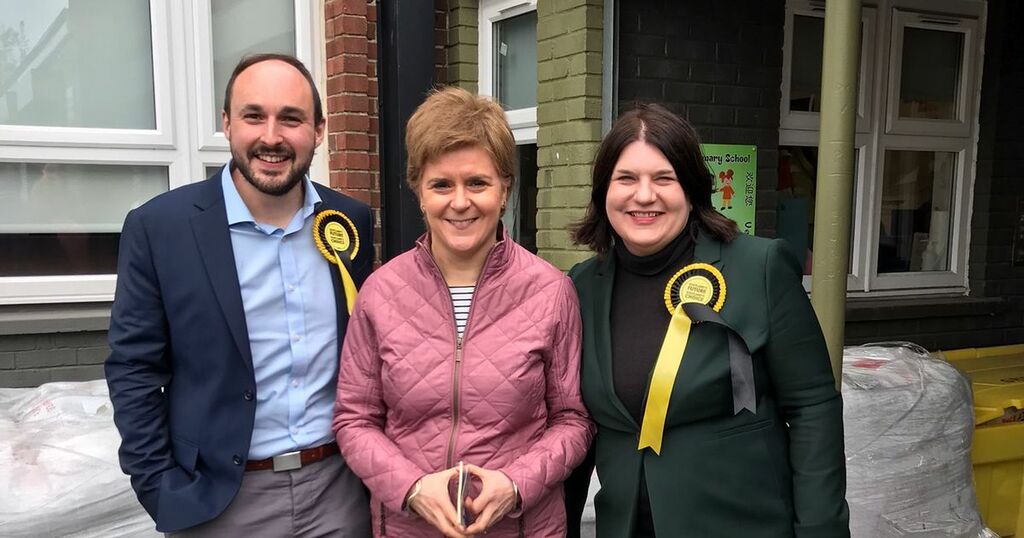 Glasgow Council Elections 2022: SNP fight for majority but Labour and Conservatives 'hopeful'
After a campaign which saw both parties attack the SNP over their leadership for the past five years, the Conservative…

The Independent UK
One subscription that gives you access to news from hundreds of sites
Sweat and cheers: What it was like reporting from the Glasgow election count

YOU don’t expect local elections to be dramatic, but this year was a whirlwind that saw a number of historic…

The SNP narrowly won the race to be the biggest party in Glasgow at the City Council elections today with 37 councillors elected - just one more than Labour’s 36.

Who will rule the city chambers is still up in the air, with no single party taking a majority - and a deal between the SNP and the Greens, who took ten seats, now seems likely.

Neither Labour or the SNP has enough councillors for a majority, with 43 required on the 85-seat council.

Despite this, after such a close contest Labour’s Malcolm Cunning described his party’s result as “astonishing” and hailed it the “best day in years” for his party.

For the Conservatives however it was a difficult afternoon, as they lost all but two of their seats - with their disappointed local leader putting the blame at the feet of PM Boris Johnson and saying his actions during the pandemic were “indefensible”.

In Glasgow it came down to the wire as both parties had 35 councillors each before the final ward of Maryhill was declared. Chants of ‘SNP,’ broke out as returning party councillor for the ward Frank Scally got down on his knees and did a dance.

Councillor Susan Aitken, who is expected to remain SNP group leader, said her party is set to have “conversations” with the Scottish Greens who saw 10 councillors elected.

She said her party, which lost two seats, had worked “well” with the Greens for the “good of the city” and had “more in common than differences.”

The Langside politician said: “We have big plans. Our focus will be on delivering those plans.

“We have done really well as a minority administration.”

And Glasgow’s Green group also said it was open to talks over a coalition after securing its best ever results in the city.

Ten Green councillors were elected on a successful day for the party and co-leader Jon Molyneux said his group are “always up for cooperation”.

He appeared to lean towards working with the SNP, who returned 37 councillors, rather than Labour, who secured 36, as he said: “Whichever party returns the largest number of councillors has the right to form an administration. We’ve always been clear on that.”

First Minister Nicola Sturgeon who arrived at the count in the Emirates Arena as the final numbers were in said Labour "had benefited from the collapse of the Tories.”

Ms Sturgeon said she is “very pleased with this result” and that the party had faced “immense pressure.”

She added: “We will now get back to the job.”

Hailing the election of Councillor Roza Salih, to the Greater Pollok ward, Ms Sturgeon said: “Roza came here as an asylum seeker. Today she is an elected councillor of the SNP.”

Councillor Salih has campaigned against immigration dawn raids as a member of the Glasgow Girls.

Shedding tears, Councillor Salih said:” I would like to thank everyone of the constituents. I will not let them down.”

Labour gained five seats compared to 2017. The Greens upped their number of councillors from seven to 10 - and looked thrilled with their gains.

The Greens have helped the minority SNP administration pass its annual budget in recent years, without a coalition in place, and Molyneux said “we will have to wait and see” whether the parties continue to work together informally or a deal is formalised. He added his group is open to discussions.

“We’re all tired, it’s been a long campaign,” he said. “We will recharge our batteries over the weekend. What we’ve said all along is we will work collaboratively and we’re always up for cooperation.”

Molyneux and Martha Wardrop, the two co-leaders of the Glasgow Green group, were both re-elected, representing Pollokshields and Hillhead respectively. Holly Bruce, the candidate in Langside, won more first preference votes than Susan Aitken, the council leader for the past five years. And in Southside Central, Elaine Gallagher became Glasgow’s first transgender councillor.

Speaking after the count, Molynuex said: “We set out with a plan to achieve that level of success. In previous years, quite a few of us got in in third or fourth place so that’s always uncertain. So many of us got in straight away this time and we’ve broken into new parts of the city.

“When areas have a Greens councillor, they notice a difference. We’ve got a lot to do, our manifesto was a real collaborative effort, something I’m immensely proud of.”

The Southside Central result saw a Greens gain - and well known SNP politician Mhairi Hunter failed to get voted in.

Elaine Gallagher who was elected in the Southside Central ward for the Greens has become the first transgender councillor in the city.

Reacting to her victory, she said: “I’m absolutely delighted to be the first trans councillor in Glasgow City. I’m looking forward to looking after the people of Southside Central.”

The Conservatives had eight councillors elected in 2017 and only two remain. Tory group leader Shettleston Councillor Thomas Kerr kept his seat while a new Conservative politician was elected in Baillieston - John Daly.

Alba and the Liberal Democrats failed to win any seats.

They had campaigned to “clean up” Glasgow after repeatedly blasting the SNP for the state of the city’s streets. And Kerr believes the message “resonated with voters” but the Partygate scandal has damaged his party.

He said Prime Minister Boris Johnson’s actions during the pandemic were “indefensible”.

“I’m disappointed,” Kerr said. “Disappointed to lose so many good colleagues who have worked really, really hard across the city in their local communities, but we live to fight another day and we will be back.

“We had a message that resonated with voters, so much so that other parties picked up on it. We had great candidates. I think the only reason why we have not been looking at a better result is because of the Prime Minister.

“I think the national picture has been dire, I think the Prime Minister’s actions have been indefensible and I think that’s why we’re where we are.”

Kerr believes the two Conservatives on the council for the next five years can make a difference. “We’ll work perfectly together,” he said. “It’s good that me and John are neighbouring wards as well, we’re good pals.

“We’ll be absolutely fine, we’ve got loads of stuff we want to get done and we will see how the numbers all add up at the end and work with whoever we can to try and better the city.”

(All votes are First Preference Votes)

Glasgow Council Elections 2022: SNP fight for majority but Labour and Conservatives 'hopeful'
After a campaign which saw both parties attack the SNP over their leadership for the past five years, the Conservative…

The Independent UK
One subscription that gives you access to news from hundreds of sites
Sweat and cheers: What it was like reporting from the Glasgow election count

YOU don’t expect local elections to be dramatic, but this year was a whirlwind that saw a number of historic…