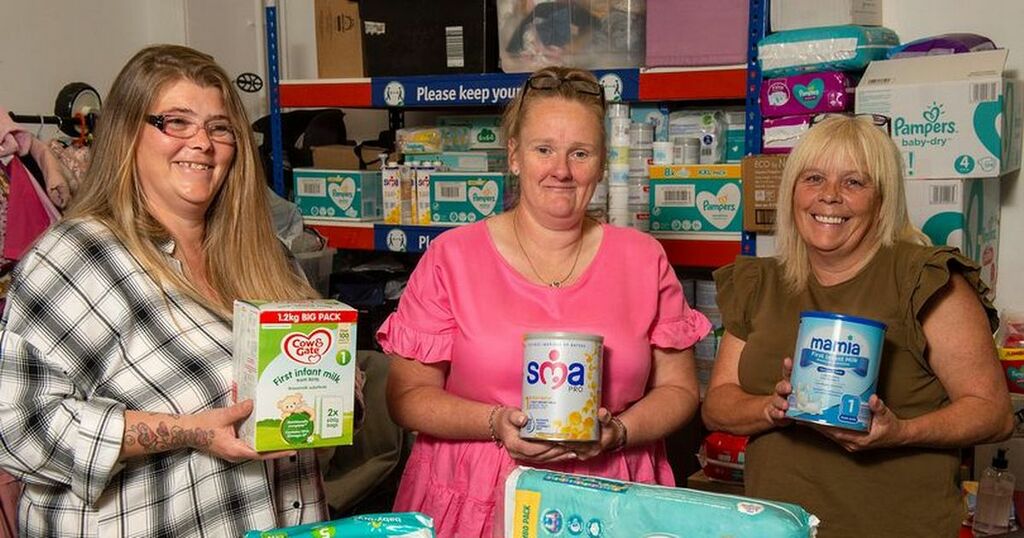 A Springburn baby food bank which has helped more than 3000 desperate families is in financial crisis amid soaring demand.

Glasgow Baby Food Bank was set up in October 2019 after a local community group heard a breastfeeding asylum seeker had been hospitalised and the father could not afford milk formula for their child.

It was only then that the women, who at the time ran a poverty support group and had tried to help, were shocked to learn ­traditional food banks don’t stock baby milk, the Daily Record reports.

They posted an appeal on Facebook for formula ­donations to feed the eight-week-old baby and were inundated.

Tracy Pender, one of three directors of Glasgow Baby Food Bank, told how the organisation had been set up for north Glasgow but expanded due to high demand over a wide area.

She said: “After that initial appeal, we were inundated with formula so after we helped that child, we decided we could help other vulnerable families in dire or similar situations and the baby food bank was born.

“We now also supply nappies, baby toiletries, clothes, ­furniture and other baby ­essentials and there is a huge need for all of it.”

The group were originally using spare cupboards and rooms in other community ­organisations’ premises but they outgrew the spaces and had to get their own premises.

In November 2020, a generous couple paid for 12 months’ rent out of a fund for holidays which they hadn’t used because of the pandemic.

Now that money has run out and they can’t afford to pay the £6000 they need for another year’s rent.

Tracy and the other ­directors, Maggie Watson and Catherine Yuill, along with another seven volunteers, have never taken a penny in salary despite working long hours at the food bank.

Many of their clients find themselves in financial limbo, with delays of several weeks before they are given their Universal Credit entitlement.

Demand for their services is expected to rise sharply among struggling low-income families when October’s £20-a-week cut in UC payments kicks in.

Tracy said: “Due to the cut in the uplift and rising child poverty, we foresee us having to help more families in the future.

“We can’t afford to keep going without proper funding and official core funding is so hard to get. We are asking people to please dig deep and donate to help us keep our premises and this vital service going.”

A number are asylum seekers who are not allowed to work or claim benefits and survive on a pittance while formula costs up to £10 a tin. Families are also referred by volunteers to other services, such as benefits advice and traditional food banks.