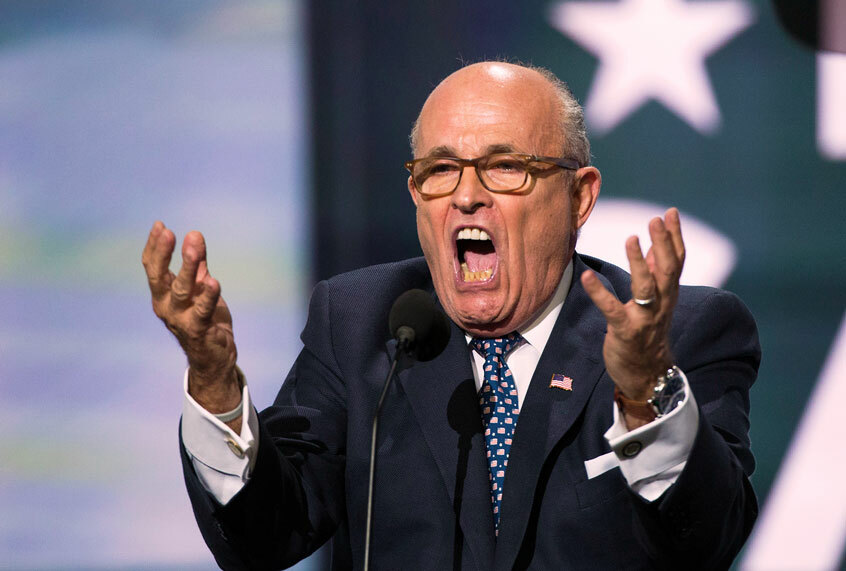 During an interview on Real America's Voice, host Steve Bannon asked Giuliani why it was acceptable to target Biden with impeachment for "treason" over the U.S. military's withdrawal in Afghanistan.

"You're saying he aided and abetted our enemies and you're saying it's at least worthy of an investigation," Bannon said. "I remember we would have you on [the show] many times and you warned the American people about the politicization and weaponization of the impeachment process."

"You warned us about weaponizing the impeachment process for things just like this," the host added. "How would you weigh and measure that, your warning about the weaponization and over-politicization of it versus your charges against Joe Biden?"

"I would rather not have an impeachment," Giuliani insisted. "However, I think we're dealing with a situation that just because the Democrats misused it, we can't be denied the use of it when something is seriously harmful to the United States."

"I think you have to do it," he said of impeachment. "This is serious enough so that an American president who – maybe he's doing it because he's mentally incompetent but we don't know that. And then he can defend himself that way."

Watch the video below from Real America's Voice.