Girl, aged 15, tackled by cops after they were called out to school incident 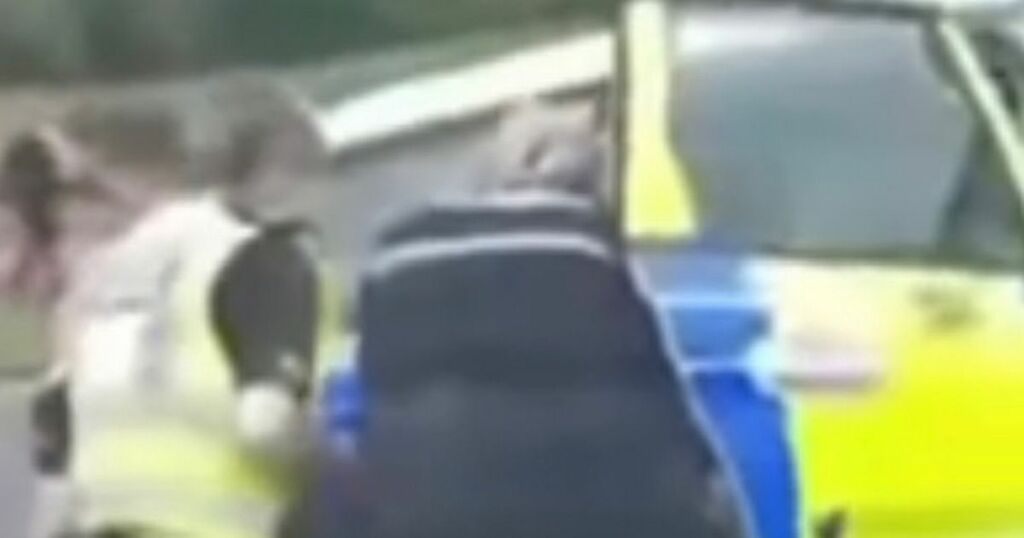 A teen girl who was pinned down by police officers during an alleged struggle will need physio for her injuries.

The schoolgirl, who cannot be identified for legal reasons, has been left in a knee brace following an incident outside a Paisley school.

The girl’s dad claims the officers were too heavy handed with his daughter, resulting in her knee being dislocated.

The father of the injured 15-year-old schoolgirl insists his daughter has suffered a “nasty injury” at the hands of the cops who arrested her.

He said: “Police were called to the school to deal with a completely different reason.

“This was nothing to do with my child.

“My daughter is never in trouble and, as a result of this incident, not only is she very upset, she is suffering from a nasty injury and will now need physiotherapy.

“I had to take her to hospital after the police ignored her when she said they hurt her.

“I took her to A&E at the Royal Hospital for Children in Glasgow where we learned she had a dislocated knee and now has a knee brace as a result.

He added: “A boy has also been left with scratches and bruises, plus injuries caused by severely tight handcuffs.

“The kids are very reluctant to ever contact police or speak to them, they are terrified after the ordeal they have been through.”

Cops were called to the school to deal with reports of people being armed with knives at around 1.35pm on Thursday.

However, once on the scene, it is claimed they got involved in a second incident with pupils.

Another concerned parent, who asked not to be named, said: “A large group of kids gathered to see what was going on. But things escalated quickly.

“As a result, we now have a 15-year-old girl with a dislocated knee caused by the police putting extreme pressure on her while she was being restrained, even though she wasn’t violent and cooperated with police.

“And a male student now has bruises and cuts over him and has scratches all over his body .

“The kids are terrified to go back to school and are now scared of authority figures.”

The father of the injured girl is now calling on Police Scotland to launch an investigation after Thursday’s
incident.

He said: “I would like to see the police investigated for this and made to apologise to my daughter and to the other pupils involved.

“Police Scotland needs to ensure that another incident like this does not happen again.”

A Police Scotland spokesman said: “Officers were alerted to a report of two people, allegedly in possession of knives, outside a school in Paisley.

“Officers responded and following a disturbance, a 15-year-old girl was arrested in connection with allegedly assaulting a police officer.

“Two other youths, a female aged 16 and a male aged 15, were also arrested in connection with a breach of the peace.

“The youths will be reported to the Scottish Children’s Reporter Administration.”