Girl, 8, only eats fruit and vegetables as wrong food could cause her brain damage 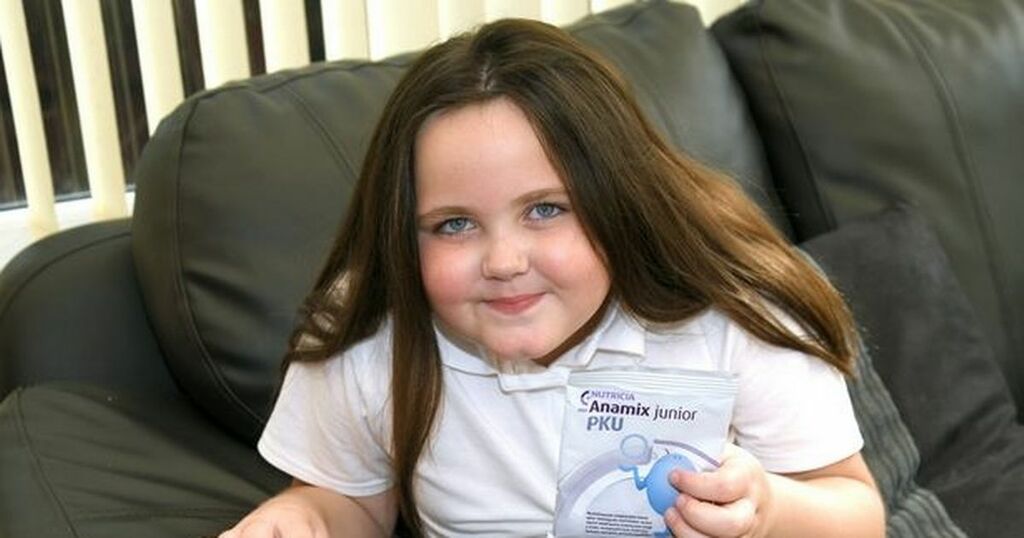 A young girl can only live off fruit and vegetables due to her battle with an incredibly rare illness.

Lilly-Ann Woolliss, eight, from Immingham was diagnosed with Phenylketonuria at birth.

The illness means she can't eat more than four grams of protein a day as it could cause her to suffer irreversible brain damage. A chicken breast contains about 54g.

Having been told the news when Lilly-Ann was just five days old, her mum Caren Wilkie, 43, now spends a large portion of her day weighing foods, taking bloods, and making sure her daughter doesn't eat the wrong thing, GrimsbyLive reports.

Caren says it's a difficult life and one that means her daughter isn't invited to other children's houses because it's so difficult for others to feed her.

She can't eat the same food as other children at school, so Caren has to prepare her meals for her - leading other pupils to call her names such as "teacher's pet".

Caren said: "The day-to-day routine is just constant work to make sure everything is okay.

"In the morning, I'm giving her supplements and weighing her breakfast out.

"She tends to have fruit or an incredibly small handful of cereal and then I send her to school with a lunch that I have to make myself because she can't eat school dinners.

"I often send her with a plate of mash, white cabbage and carrots as she can't eat meat or anything like that.

"It isn't easy for her at school though as the other children see her eating differently and start calling her a 'teacher's pet' and asking her why she gets hot meals and they don't.

"As well, no one apart from one of our friends will have her for tea because it's so difficult to feed her. It's the same when it comes to birthday parties too, she has to eat differently and I always have to keep an eye on her.

"It's the same sort of problem when she drinks her supplements in public too. Due to the taste and smell of them being that bad, she has to have it in a baby's bottle and I can see people looking thinking 'why is that girl drinking out of that'?

"Watching these types of situations is one of the hardest parts for me.

"The worst moment however was when Lilly-Ann started play group. I saw all these kids having snacks while she was eating nothing.

"It hit me really hard and I started crying, that's when I realised how hard life was going to be for Lilly-Ann."

Sadly, there is no cure on the NHS for Phenylketonuria so Lilly-Ann will have to deal with her illness for the rest of her life.

Caren says she was devastated when her daughter was first diagnosed and is also worried that there is no real support network, as barring herself, Lilly-Ann knows no one else with the illness.

The schoolgirl was recently awarded for her bravery with Lincs FM's Unsung Hero award.

Caren said it was a brilliant moment when Lilly-Ann received the award and one she'll never forget.