Girl, 7, stabbed in neck by her dad meets police officers who saved her life 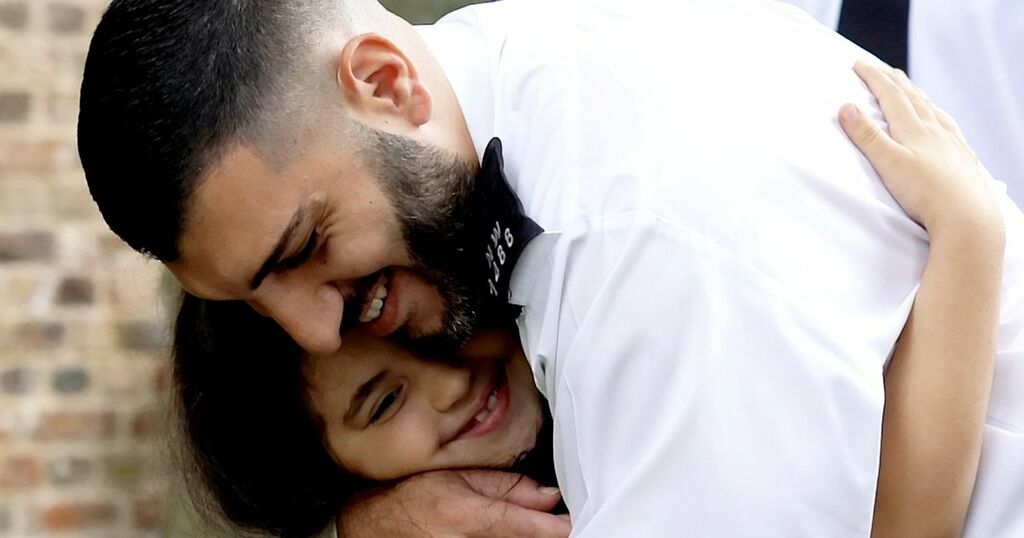 A seven-year-old girl has been reunited with the police officers who saved her life after she was attacked by her father last year.

Noura, seven, from North West London, was stabbed in the neck and chest on the 22 May 2020 in Larch Road, Brent, MyLondon reports.

She was found unconscious after the police received a call that an incident may have occurred.

Officers PC Ryan Legge and PC Ahmet Mavitunali were able to reach her after knocking down a number of doors in the building to find her.

She was suffering from major stab wounds to her neck and chest and was six-years-old at the time.

Got a story you'd like us to feature? Email us at webnews@mirror.co.uk

PC Mavitunali and PC Legge performed emergency first aid on Noura and she was rushed to hospital in critical condition.

Her father was found with self-inflicted stab wounds in a serious condition.

Despite fears that she would suffer from severe brain damage, she survived and is said to be doing 'really well'.

She remained in recovery in hospital for three months before she could return home.

Today, the two officers who saved her life were reunited with Noura whilst picking her up from school.

The reunion was part of an Emergency Services Day event, which thanks NHS and emergency service workers for their commitment to their service.

Noura shared an emotional hug with officers Ryan and Ahmet and had a ride in their police car.

Sarah Leach, North West BCU Commander, said: “I am immensely proud of Ahmet and Ryan, whose actions at the scene were crucial in helping Noura in this sad and shocking case.

“This was a violent assault on a young girl by a person who should have been looking after her. It is quite right that both officers be recognised for their quick thinking under what must have been extremely distressing circumstances.

"They, along with Noura, should be commended for their bravery and resilience.

“It is really special that Noura and the officers are able to meet at this event, and it will I’m sure be an emotional moment for all.”

Noura’s father has been charged with attempted murder and has been jailed for 22 years.