Girl, 6, crushed by fireplace yet to speak and remains in hospital one month later 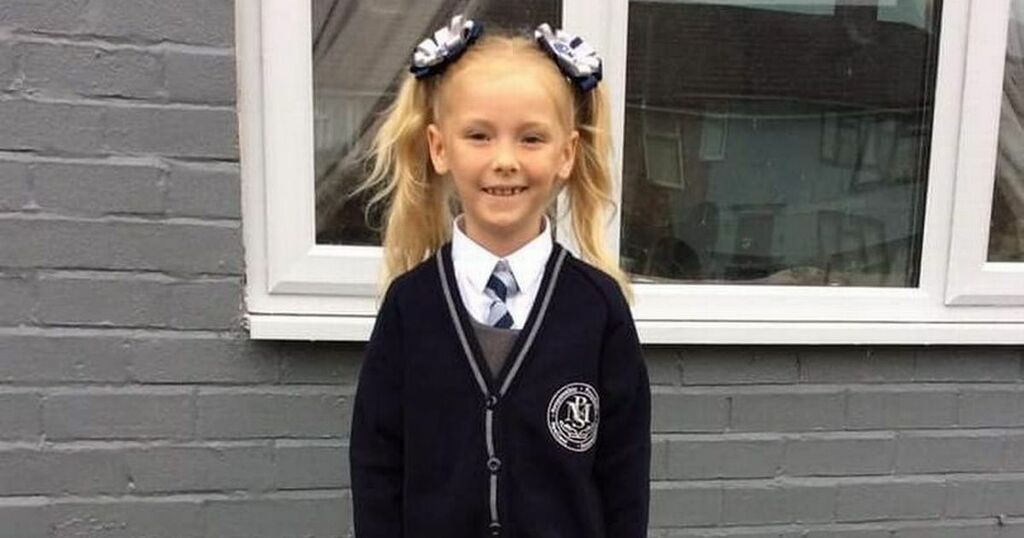 A six-year-old girl who was crushed by a heavy fireplace in her family's living room is still partially sedated and "non-responsive" a month later.

Alexa-Leigh Blakemore is on a neurological recovery ward at Alder Hey Children's Hospital in Liverpool after suffering serious head injuries which include a fractured skull and bleeding on the brain.

Her mum Elle Williams, from Norris Green in Liverpool, said they are taking their daughter's condition "day-by-day" after the accident exactly a month ago on September 10.

And, after a spate of similar accidents, her parents are now warning others to be aware of the dangers of heavy objects, as reported by the Echo.

Ms Williams described what has happened as horrible and compared it to be a nightmare.

She said: "They took her out of the coma after 10 days but she has still not properly come round and they don't know when she will.

"She is non-responsive and they are still assessing the damage.

"Obviously it's horrible. It is like a nightmare, there are no words to explain it unless it has happened to you."

Last week Alder Hey Children's Hospital tweeted a warning to parents after cases of children being injured, understood to include Alexa-Leigh's case.

The tweet read: "Recently, we’ve seen a number of incidents involving children being severely injured by heavy objects falling onto them

"We’re urging all parents/carers to pay close attention to their children when around heavy household objects and pieces of furniture."

Ms Williams and Alexa-Leigh's dad Keiran Blakemore have also recently spent time handing out leaflets and flyers at Asda in Walton warning parents of the dangers of unsecured fireplaces.

The parents, who were renting from a private landlord, say they had been calling for repairs in the property in the weeks before the accident.

The fireplace is believed to have fallen due to crumbling plaster and is the incident remains under investigation by Liverpool Council.

Have you got a story that you think we should feature? Email us at webnews@mirror.co.uk

At the time of the accident, Mr Blakemore - who works as a handyman - said: "I was lying on the couch feeding our five week old baby and her mum was in the bath.

"Alexa-Leigh was doing her thing like she normally does, running around and playing like the happy little girl she is.

"I was concentrating on feeding my baby but I could see her out of the corner of my eye.

"This fireplace is like a concrete and marble thing and to move it I would have to walk it across the floor, but when it happened I have never lifted anything so quick, I moved it like it was a piece of paper.

Alexa-Leigh, a pupil at Monksdown Primary School, sustained a fractured skull, a fractured eye socket, a fractured wrist, and most seriously bruising on the brain.

Keiran said doctors at Alder Hey said the force of the blow would have "knocked out a bull".

A friend of the family, Katelin Shaw, has started a Gofundme crowdfunding page aiming to raise money to help them move to safe accommodation when Alexa-Leigh leaves hospital and to help with any medical costs. Anyone wishing to donate can do so here.