Girl, 2, tears her hair out at roots and eats a dummy a day due to rare condition

A young girl with a rare genetic condition causing her to tear her own hair out is shaving her head to raise money for another tot's cancer treatment.

Sydney Miller, who is 2, has Primrose Syndrome and multiple other health conditions that mean she needs professionals to help her manage her health.

The tot from Dunbar, East Lothian in Scotland lives at home with her mum, 36-year-old Stacie, her dad Stuart, 47 and her four siblings, reports Edinburgh Live.

The 36-year-old described how her daughter's behaviour recently changed as she got a fixation on biting, which caused her to gnaw through a dummy a day before she began to pull out and bite her own hair.

Due to her complex needs, the tot is fed through a peg feed into her stomach. But that has caused further complications, with her hair starting to get tangled in the tubes, raising the risk of infections.

Mum Stacie has now decided the best thing to do is to shave her daughter's hair and has turned the tough decision into a positive by launching a fundraiser to help others.

The Miller family have chosen to donate money raised to a fundraiser to help another East Lothian tot access cancer treatment.

"I reached out to Stephanie - Flora's mum and explained we are going to be shaving Sydney's hair because she keeps pulling it out and it gets tangled in her feeding tubes.

"So we set a date to shave her head and a fundraising campaign to hopefully raise some money for Flora's treatment.

"Sydney's siblings have taken to her condition really well despite missing school for hospital appointments.

"We are in and out of the hospital and have a massive care team of doctors, nurses and consultants.

"One day I noticed a bald patch on her head and noticed she had been pulling strands of hair out.

"Strands turned to clumps and then she started eating the clumps of hair that she pulls out, so we had to make the decision to shave it off.

"The hair Sydney pulls out gets tangled in the peg feed on her stomach that can cause infections so we need to shave it all off."

The East Lothian mum continued: "She has a really high pain threshold so she doesn’t feel the pain when she rips her hair out but we need to shave it off quickly so it has been a quick fundraiser.

"The third of June is when we will be taking it all off, we are going to have a wee disco and Saskia from the X Factor has said she will perform - we just need to find a venue."

The hero mum-of-five has fundraised for children with Cerebal Palsy in the past and has played a part in organising the Edinburgh Taxis Outing.

The charity parade is run by cabbies in the city every June to raise money for charity and give children with additional needs a special day out.

"It's a personal thing to share shaving your daughters hair but we have always shared Sydney’s journey and people like to see how she is getting on.

"The more shares there are the more we funds we can raise - we just want to raise as much as we can for Flora" she said."

Announcing the campaign on social media, Stacie wrote: "We are fundraising for Flora as our 27 month old little girl Sydney was born with a very rare genetic condition called Primrose Syndrome.

"With Primrose syndrome, it’s very uncertain what we are going to be faced with as Sydney grows up.

"We have come to the hardest decision ever in her journey to shave what’s left of her long, thick, brown, curly hair off. This is in the best interest for her and it will grow back.

"By doing this we are helping our girl but also helping someone else’s girl at the same time and so decided to put together a fundraising page for flora and hopefully bring in that much needed funding that’s still required for her journey.

"Anything at all (big or small) that can be contributed towards this campaign would be greatly appreciated from us so we can help this beautiful girl."

You can find out more and donate here. 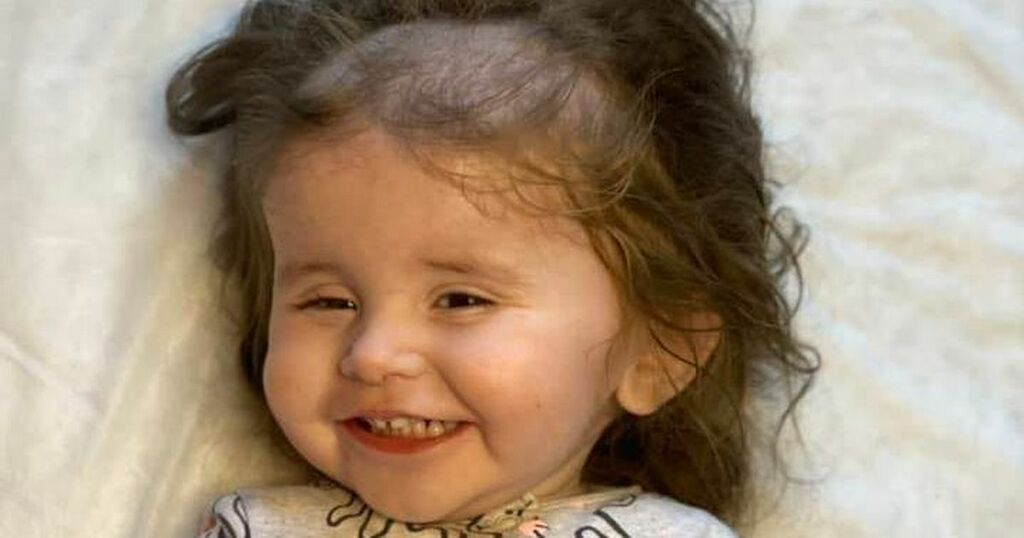 Sydney Miller is believed to be the only person in Scotland to suffer from Primose Syndrome.