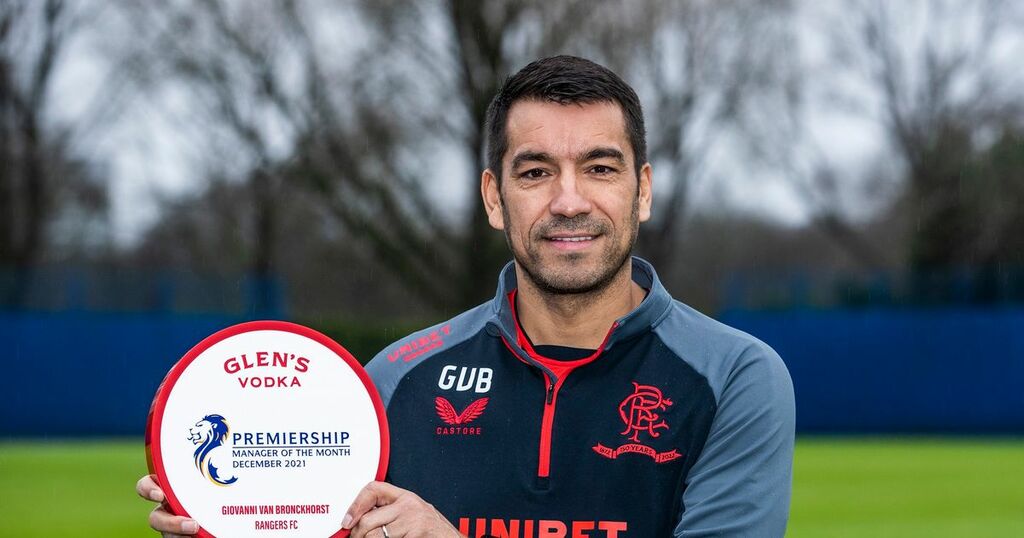 Giovanni van Bronckhorst dedicated a first Premiership Glen's Manager of the Month award to his staff as he completed a December awards double.

Recognition for the undefeated Rangers boss ensures he follows Alfredo Morelos after the revitalised striker picked up Player of the Month.

Van Bronckhorst led his side to six victories from six in the final weeks of 2021 - all without conceding any goals.

But the manager was eager to spread the acclaim throughout the club.

He said: "I think the start of my career at Rangers has been very positive, and I am very proud to win this award, but I think what is behind the award is much more important.

"It means we have done a great job and my staff who have come with me and the staff who are already here have helped me a lot and have worked hard to achieve the wins we have had.

"Also, the players - I thank them as well for all the work they have done in the last weeks and month, and that is why I have got this award. It means you are doing a good job and gives me more motivation to kick-on."

Colin Matthews, CEO of Glen’s owner the Loch Lomond Group, added: “Congratulations to Giovanni van Bronckhorst on winning the Glen’s Manager of the Month award just six weeks into the role. Rangers’ performance throughout December proved that the new manager has made his mark, arguably getting back to their best while taking on his new ideas for play.

"The squad has shown renewed hunger, often continuing to search for more goals despite their comfortable advantage, reflecting the Dutchman’s passion for the game. I hope to see this continue when the Light Blues return from their well-earned winter break.”