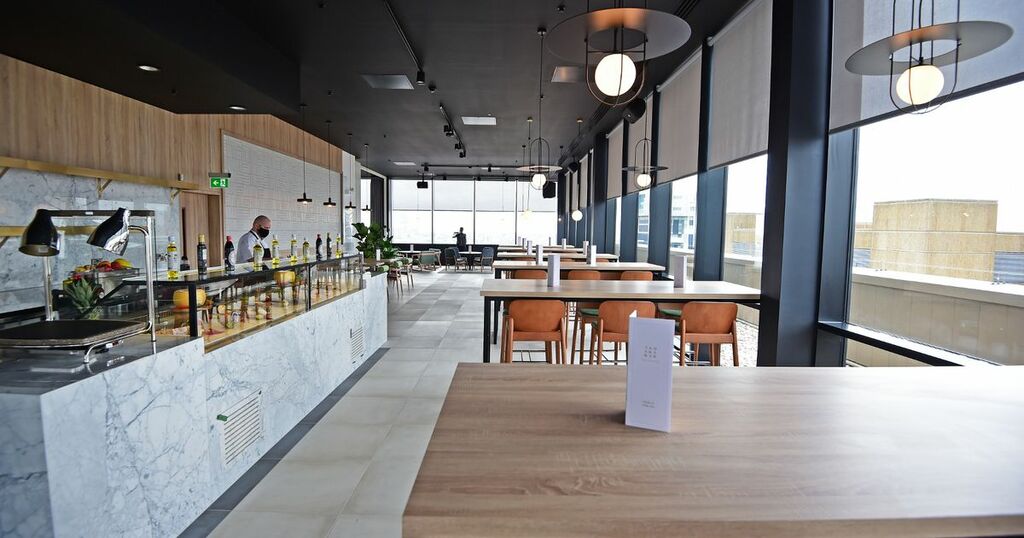 Based on the 18th floor of the new INNSiDE Liverpool hotel on Old Hall Street, the bar provides panoramic views of the city and beyond.

The venue opened this morning, September 13, featuring a 25m sit up cocktail bar, with seating for 18 guests.

On a clear day, guests will be able to see as far as the Welsh mountains and enjoy drinks overlooking Liverpool’s famous landmarks, including the cathedrals and the Radio City tower.

Along with cocktails including Bellinis and Negronis, there is an extensive selection of wine, sparkling wine and champagne, plus artisan Italian beers and a range of spirits.

On the menu is Cicchetti - Italian small plates - including a number of signature dishes, olives, freshly baked Italian breads and a selection of Italian bruschetta.

The bar also has an exclusive Sky Lounge - a private dining space, which can be booked for up to 40 people - with a dropdown screen, plasma screen, private audio system, floor to ceiling wine wall and games area.

The restaurant has resident DJs, an open theatre kitchen and a 60 cover long bar, set within the hotel’s impressive open bar and lounge area. The restaurant will serve a seasonal menu with an extensive list of classic Italian dishes.

Gino D’Acampo Old Hall Street is open for breakfast, lunch and dinner, from 7am to 11.30pm, daily. The 360 Sky Bar is open from 12pm daily and until midnight on weekdays and 2am on weekends.

The venues join Gino’s existing restaurant in Liverpool, which opened on the corner of Castle Street and Dale Street in 2017.