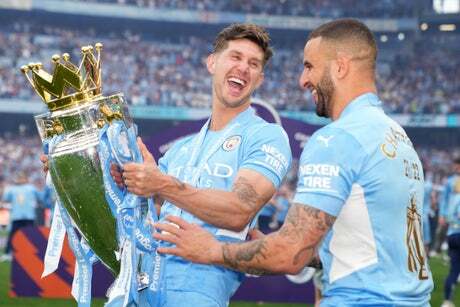 After a productive rookie season, the Steelers running back looks to make more explosive plays.

Former Liverpool midfielder Georginio Wijnaldum has suffered yet another bitter career blow having been dropped from the Dutch national side.

The Oranje boss Louis van Gaal revealed his decision to leave out the 31-year-old for the country’s UEFA Nations League group games against Belgium, Wales and Poland next month.

The ex- Man United boss explained that the midfielder’s lack of opportunities for his club has seen him fall down the pecking order.

As quoted by Dutch outlet VI, he said: "Unfortunately, little has changed in Gini's situation at his club since our last two international matches in March. As a result, I am forced to make other choices, no matter how difficult and regrettable I personally find it.”

Winjaldum, an 86-time Dutch international, has not been left out of his nation’s squad since March 2014 having been a near ever-present under a succession of managers. However, his troubles at Paris Saint-Germain have seen him fall out of contention, even in van Gaal’s bloated 30-man squad.

Ever since quitting Liverpool for the Parc des Princes at the end of last season after failing to agree a new contract at Liverpool, opportunities have not been so forthcoming. He has made just 21 starts in all competitions for the French giants.

In fact, he has only completed 90 minutes on eight separate occasions throughout the entirety of the campaign with severe competition for a midfield berth arriving in the form of Marco Verratti, Danilo Pereira, Leandro Paredes, Idrissa Gueye and former Man United midfielder Ander Hererra. It of course remains to be seen whether Wijnaldum’s fortunes improve ahead of this winter’s World Cup in Qatar.

Should Wijnaldum leave PSG this summer? Have your say in the comments below.

Had he made a slightly different decision on his future, he might well have still been included in his nation’s selection. Ahead of his call to depart Liverpool last summer, it was suggested that Spanish giants Barcelona were interested in acquiring his services.

It appeared that a deal to take the Dutchman to the Camp Nou was close only for French giants Paris Saint-Germain to swoop in at the last minute. He has claimed the Ligue 1 title in his first season with the club but might well have been challenging for more honours had he elected to remain on Merseyside.

Jurgen Klopp ’s men are still on to complete an unprecedented quadruple - albeit their hopes now looking somewhat slim with Manchester City now firm favourites for the Premier League crown. Wijnaldum might potentially have also been set to play a key role for the Reds over the closing weeks of the season.

Fabinho has been ruled out of this weekend’s FA Cup final against Chelsea and might be a doubt for the closing fixtures of the league campaign, although is expected to return for the Champions League showdown with Real Madrid.

Wijnaldum meanwhile only has a couple more opportunities to impress this season with PSG set to round-off their season with clashes against Montpellier and Metz having already claimed the title.