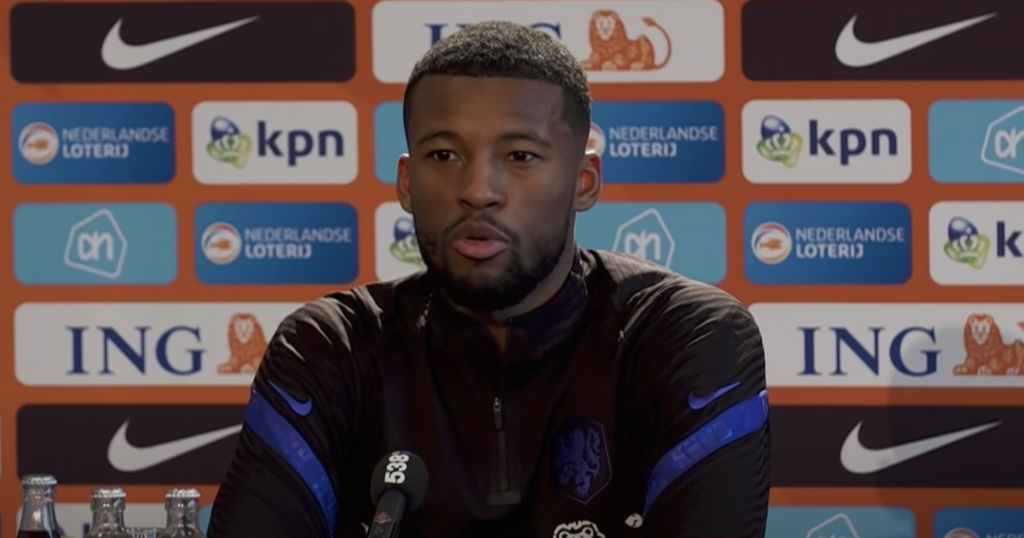 Gini Wijnaldum has admitted that he is not “completely happy” at Paris Saint-Germain, just months after sealing a move to the French giants.

The Netherlands international was one of Jurgen Klopp’s first high-profile signings as Reds boss, playing a pivotal role in the rebuilding job under the German.

Wijnaldum was a key cog in the Champions League winning squad in 2019, before a similarly prominent role in the season which saw Liverpool finally end their wait for a Premier League title.

But at the end of the 2020/21 campaign, after months of negotiations between player, manager and club bosses, the 30-year-old opted to leave the club.

Upon signing for PSG, the midfielder suggested he didn’t always feel loved by the decision makers at Anfield.

“You follow your feeling,” Wijnaldum told L’Equipe earlier this year. “Several months ago, I had expressed the desire to stay in Liverpool but, without going into details, Liverpool did not give me the feeling of wanting to keep me.

“In these cases, we have to move forward.”

However, after struggling to establish himself as a starter with Mauricio Pochettino’s star-studded lineup, Wijnaldum has conceded that things aren’t going to plan.

He told NOS : "I can't say I'm completely happy because the situation is not what I wanted.

"But that's football and I'll have to learn to deal with that. I'm a fighter. I have to stay positive and work hard to turn it around."

The midfielder signed a three-year deal with the Parisians, meaning it’s more than likely a case of sticking it out in the French capital, but Klopp’s complimentary comments certainly hint he would be happy to have him back on Merseyside, should the opportunity ever present itself.

“Even when we prepare for an opponent like Chelsea, we look at our games against Chelsea and see Gini running around there,” Klopp said last month. “We still have to get used to that. It is not only on the pitch we miss him but we really, really miss him in the dressing room as well.”

Liverpool opted to not directly replace Wijnaldum, such is Klopp’s admiration for the player.

HAVE YOUR SAY! Will Wijnaldum regret leaving Liverpool? Comment below

And the player also suggested that despite some ill-feeling towards the board, he remains a Liverpool fan and would love to return one day, but it would be more than likely be on the terraces, rather than the pitch.

“If it’s possible, I would love to come back,” he said before his final game for the club. “The feeling I have, the feeling my family has with this club, is only good things.

“I hope that it would be possible that I come back to watch a game and support Liverpool because I will be a Liverpool supporter for life.”