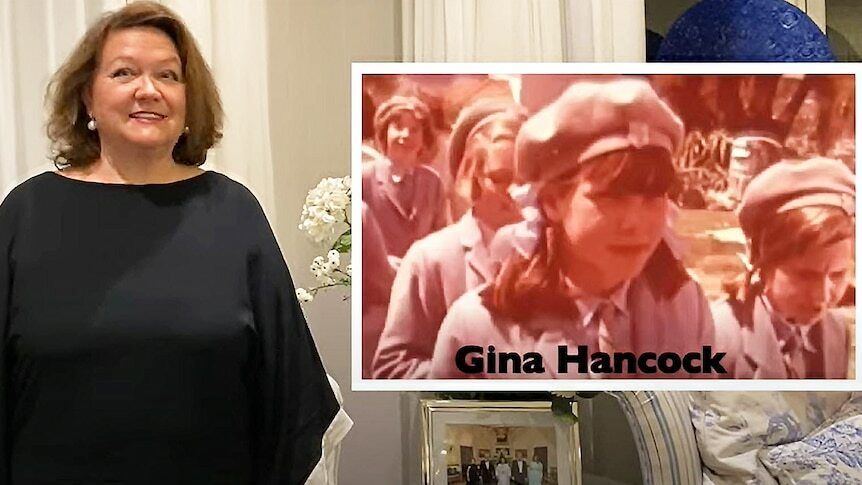 One of Australia's leading climate scientists says a Perth high school made the right decision by editing a speech by Gina Rinehart that questioned climate change.

Ms Rinehart prepared a 16-minute-long recorded message for her former high school, St Hilda's Anglican School for Girls, to be played at an assembly marking the 125th anniversary of the school.

But St Hilda's only showed the first section of the speech, in which Ms Rinehart spoke about her recollections of the school.

In the remaining parts of the speech, which she posted to her personal website, Ms Rinehart implored St Hilda's to "strongly guard against propaganda intruding on real education and rational thinking".

She then encouraged students to research for themselves "which comes first, global warming, or an increase in carbon?"

Coincidentally the school's science building is named after Australia's richest woman, "in recognition of a generous gift by Old Scholar Gina Rinehart and in honour of her mother and aunt who were influential in her life."

'Wealth does not equate to intelligence': scientist

In the speech, Ms Rinehart claimed factors like the earth's distance from the sun and volcanoes under the ocean were causing climate change.

"Please be very careful about information spread on emotional basis, or tied to money, or egos, or power-seekers, and always search for the facts, even if the tide is against you, and it's not considered popular," she said.

"Facts may not be popular, but that shouldn't mean they should be overlooked.

Will Steffen has authored or reviewed five Intergovernmental Panel on Climate Change assessments and reports and has served as a councillor on the Climate Council since 2013.

He told ABC Radio Perth it was the right decision to not show Ms Rinehart's full speech because she "doesn't have any standing whatsoever in the scientific community".

"There is clear misinformation, clear non-factual information about climate change and I don't think that's appropriate in the school system.

"The school system should rely on the best information, the best approaches we have available for getting that information."

"Whilst the school encourages our students to think critically and analyse all facts presented to them, particularly in this age of the internet, the school does not endorse the views shared in this video," she wrote.

The school's decision was largely welcomed by parents and former students of the school who spoke to ABC Radio Perth.

"I think St Hilda's has done the right job there editing that out, it's just not the way to go," Peter, whose daughter goes to the school, said.

Ivy is a current student at the school and said editing the speech was warranted.

"I don't have a problem with it being cut out, I think that it was completely fine," she said.

Kylie formed a group with friends who had also attended St Hilda's to try and encourage the school to take action.

"I feel really proud of the school actually for making the stand they have," she said.