By John Morgan and Ken Hathaway 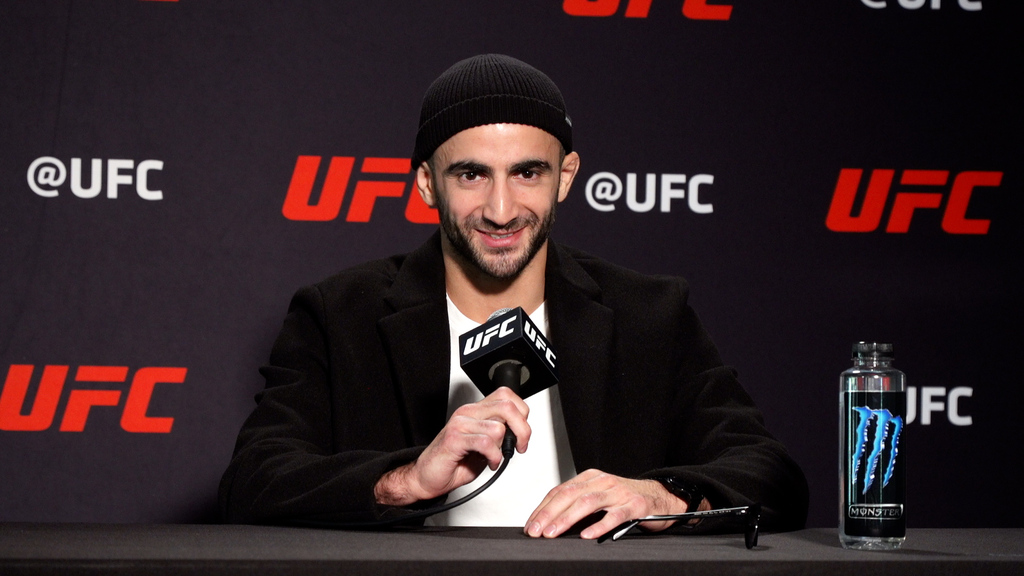 LAS VEGAS – Giga Chikadze was hoping he would get the call to face reigning UFC featherweight champ Alexander Volkanovski, but that honor went instead to Chang Sung Jung, the man best known as “The Korean Zombie.”

Chikadze isn’t always the most outspoken fighter on the UFC roster, but that might be changing moving forward.

“I think I’ve been too nice all my career, and maybe it’s time to talk some sh*t,” Chikadze told MMA Junkie at Wednesday’s media day at the UFC Apex. “Just wait for my trash talk. I’ve learned English very well now, and I’m ready to go.”

Chikadze couldn’t help but laugh a little as he declared to step up his call-out game. After all, it doesn’t necessarily fit the personality the Georgian striker has shown during his seven-fight UFC run, but he does seem committed to the plan.

Take, for instance, his thoughts on Volkanovski accepting the fight with Jung.

“That little chump, he’s taking the easy task,” Chikadze said. “‘Korean Zombie’ has probably like from the last seven fights, he’s 4-3. I’m on a roll. I’m 7-0 since I got into UFC, so how can you avoid me?

“There is a reason why he’s avoiding me, and I understand that. You know, he’s fighting the guy who’s already dead. He’s a zombie, you know, and I’m here, the new guy. New blood. New dog. Ninja, and I deserve to be standing right there.”

“It doesn’t change my attention about this fight,” Chikadze said “Even if somebody’s going to fight for the title, the winner is going to fight me, so I’m standing right there and waiting my chance. Let’s see what happens.”

It’s unquestionably a big fight at 145 pounds. After all, Kattar enters the fight at No. 8 in the latest USA TODAY Sports/MMA Junkie featherweight rankings, and Chikadze is No. 12. It’s a fight that should provide plenty of fireworks, as well, with both men known best for their striking skills.

“He has some good hands, strong,” Chikadze said of Kattar. “He’s a knockout power guy. That’s why I give him some credit. You know, he finishes guys.

Should he win, especially impressively, Chikadze would certainly have some leverage to face the winner of Volkanovski vs. Jung, which is expected to take place at April’s UFC 273. Of course, it was former champ Max Holloway’s withdrawal that opened up a spot for “The Korean Zombie.”

Chikadze knows Holloway’s track record allows him to call some shots but also thinks “Blessed” might be angling for something a little different.

“To be honest with you, what I believe, Max Holloway wants to fight Conor McGregor, and I think he’s waiting for him,” Chikadze said. “I don’t know. That’s my feeling, you know? And definitely, that’s a big payday for him.”

Whether or not Chikadze’s prediction is correct remains to be seen, but what is certain is that he must prove victorious on Saturday to remain involved in any conversations about future title shots. He’s certainly aware of that reality, which is why he’s pushing aside and potential frustrations at this week’s developments – at least for the time being.

“It made me a little bit upset, but I have things to do,” Chikadze said. “I’m here for my life opportunity.”

To see the full interview with Chikadze, check out the video above.