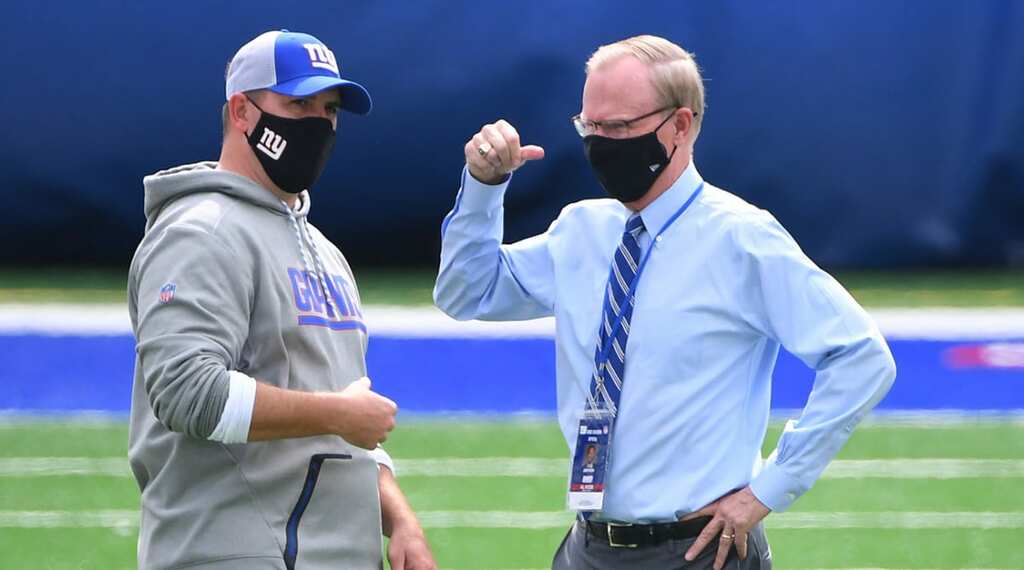 Giants owner John Mara spoke to reporters Wednesday just a day after it was announced that coach Joe Judge was fired. The press conference over Zoom was not allowed to be live-streamed.

The Giants fired Judge after finishing the season 4–13, marking the franchise's fifth straight season without a playoff appearance. During his final weeks in New York, Judge went on a 11-minute rant explaining why fans should have faith in the team, and during the season finale, he faced relentless criticism for running back-to-back quarterback sneaks on second-and-11 and third-and-9.

Mara was asked if this was the his lowest point with the Giants. He provided quite the candid answer.

“Honestly, I'd have to say yes,” Mara said. “Yes, it is. I kept thinking during the season we had hit rock bottom, but then each week it got a little bit worse.”

Mara said Judge's 11-minute rant and the quarterback sneaks were not ideal, though they were minor factors in regard to his final decision.

“We just got to a point where I thought we had dug ourselves a hole so deep that I didn't see a path out unless we blew it up,” Mara said, per The Record's Art Stapelton.

One reporter asked Mara why the Giants fanbase should have any faith in him getting the next coaching hire right. Since Tom Coughlin's retirement in 2015, the Giants have gone through three head coaches.

“Well, I haven’t given them any reason to believe that,” Mara said, per NJ.com.

For more Giants news, head over with Giants Country.