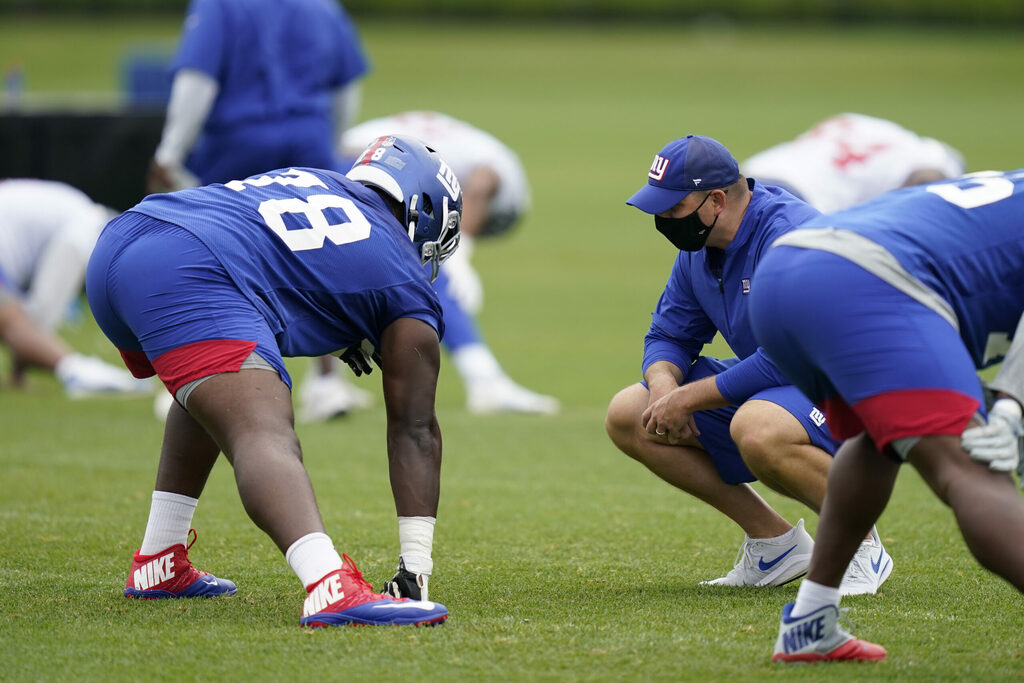 The New York Giants thought they had their offensive line for 2021 set when they began training camp this summer. Six weeks of practices and three preseason games later, they are more unsettled than ever.

The team thought they had their short- and long-term tackle situations in check with second-year players Andrew Thomas and Matt Peart. That plan has fizzled to the point where the fans are panicking.

Thomas has been less than impressive this summer and Peart appears to have lost his job (or at least some reps) to veteran Nate Solder.

Head coach Joe Judge was asked on Monday if Thomas’ spot was also in jeopardy since he was held back in practice last week.

Judge was asked why he remains optimistic about his offensive line while the rest of the football world is fading them.

“The way they work and prepare every day. They’re a tough group, they play together. As a team, we’re going to stand together. We’re going to come out here and get better as a team. That’s it. That’s all we can control is getting better every day,” he said.

Thomas, in particular, has been getting railed by critics all summer. He was thought to have taken a step up this season after a horrendous start to his rookie campaign that the managed to salvage the second half of the season.

“It’s funny, sometimes the assessments on the outside don’t really have the entire picture at hand and understanding all the other 10 pieces that go together,” Judge said. “So, you’ve got to take that with a grain of salt sometimes when you read certain things. Now look, everyone can play better. I can coach better, a player can play better. That’s why we’re here today practicing. If it was a finished product, we’d just sit on the side and just relax. We’re all here to get better today.”

Thomas told reporters afterward he was given some rest time and that his troubled foot was doing well. He commented on the criticism that has been cascading down on him the past few months.

Thomas is still penciled in as the starter at left tackle but regardless of the criticism and the reaction to it, the Giants need him to play up to his high first-round pedigree this year.