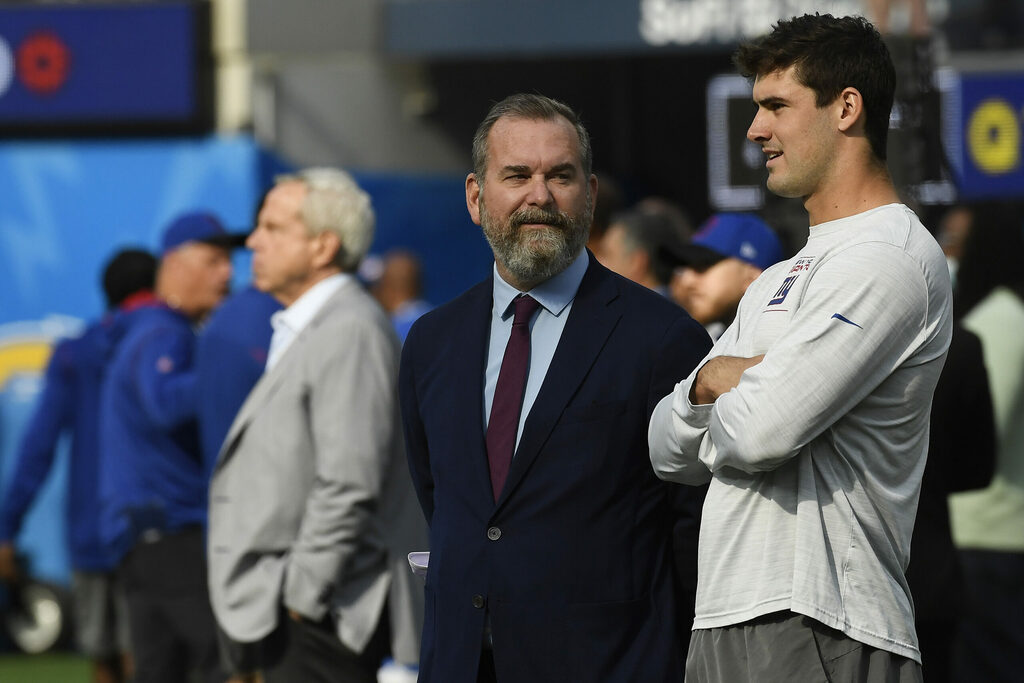 Dave Gettleman unceremoniously announced his retirement on Monday, which thrust the New York Giants into a general manager search.

It was also reported that the Giants would interview in-house assistant general manager Kevin Abrams.

But the Giants didn’t stop there. After interviewing just four candidates in 2017 prior to hiring Gettleman, the team has already requested five total interviews this time around.

Ossenfort is another name we’ve frequently written about in recent weeks:

Monti Ossenfort is the director of player personnel for the Titans and spent last season interviewing for general manager positions. He is an up-and-coming executive in football and has helped the Titans be one of the most dominant teams in the AFC over the past few seasons.

Ossenfort earned a second interview with the Panthers last year for the general manager position and this may be the year he finally is able to achieve that role but for the Giants.

Cowden has spent the last six seasons in Tennessee, where he began as the director of player personnel. Prior to that, he spent 16 seasons with the Carolina Panthers where he crossed paths with Dave Gettleman. He climbed the ladder from area scout to director of college scouting.