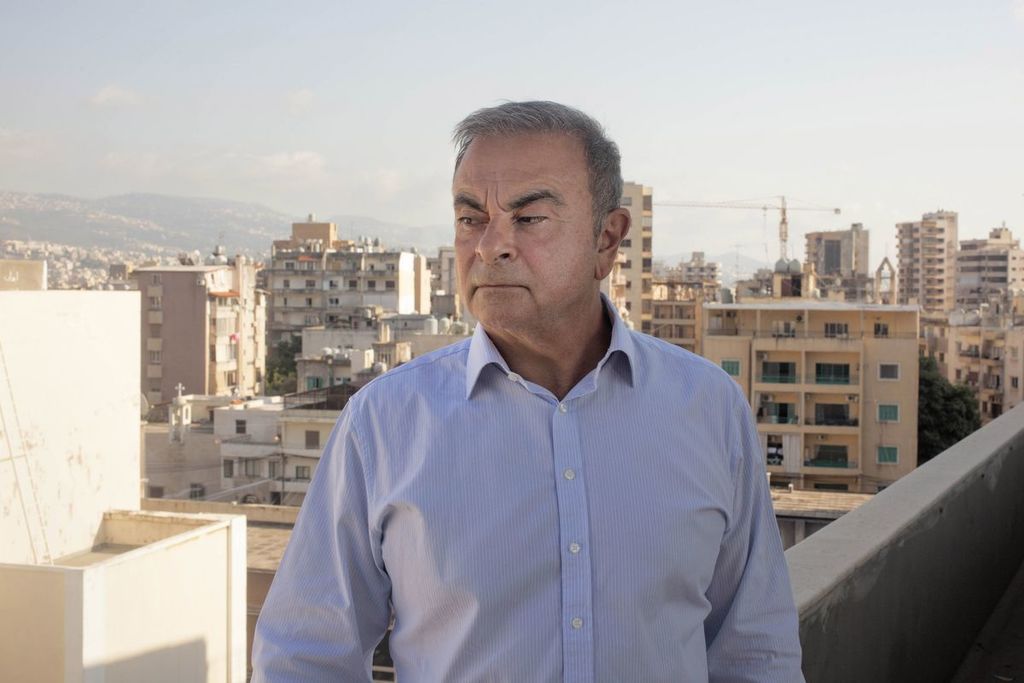 Two years after the stunning arrest of Carlos Ghosn over alleged financial misconduct, discussions are underway inside Nissan Motor Co. that could fundamentally reshape the world’s biggest car alliance and unwind a key part of its former chairman’s legacy.

The automaker is exploring ways to sell some or all of its 34% stake in Mitsubishi Motors Corp., people with knowledge of the matter said. Concern is mounting within Nissan that it will take longer for the company to recover from the pandemic-induced crisis, said the people, who asked not to be identified because the discussions aren’t public. A sale may be the first step in a broader review of the three-way alliance that also includes Renault SA, they said.

Nissan shares jumped 5.4% to their highest since June, leaving the stock down 26% this year. Mitsubishi Motors shares dipped but recovered to close 2.5% higher in Tokyo. Renault shares rose as much as 4.3% in Paris.

“There are no plans to change the capital structure with Mitsubishi,” Nissan said in a statement. Mitsubishi Motors said in a statement there were no discussions to review their capital relationship and that the automaker “will continue to collaborate within the alliance.” A representative for Renault declined to comment.

When Ghosn rescued Mitsubishi Motors in 2016 with a $2.3 billion investment and invitation into the alliance, it didn’t take long for him to boast about the “new force in the global auto industry.” He had even bigger plans — to create a holding company for a carmaking empire capable of dethroning Toyota Motor Corp. and Volkswagen AG as the world’s biggest producer of automobiles.

All that changed on Nov. 19, 2018, when Ghosn and former Nissan director Greg Kelly were arrested in Tokyo and accused of underreporting the former chairman’s compensation. Both have denied wrongdoing. Additional charges were filed later accusing Ghosn of using company assets improperly, which he has denied.

Chaos gripped the alliance. Ghosn loyalists were ousted while Nissan and Renault executives jockeyed for control to fill the power vacuum. There was deep resentment at the French automaker, which was kept out of the loop as Nissan insiders spent months working with Japanese prosecutors to orchestrate the powerful chairman’s ouster.

Ghosn was released, re-arrested and freed on bail again in 2019. He escaped trial by making a daring undercover escape in December of that year on a private jet and made his way Lebanon. The one-two punch of a drop in global auto demand and the pandemic has wiped more than $44 billion from the combined market value of the three alliance partners.

“The best thing is to end the alliance,” said Tokyo Tokai Research analyst Seiji Sugiura, a frequent critic of the partnership who has written extensively about the companies in Japanese periodicals. “They should either become one, or split.”

One unsettled variable for Nissan is finding a buyer, according to the people familiar with its deliberations. The automaker could sell to one of the group’s companies such as Mitsubishi Corp., which already holds 20% of Mitsubishi Motors. Finding another purchaser or turning to the open market also are options. Nothing has been decided, the people said.

A sale would only bring in a relatively modest sum of cash. The holding was worth about $950 million at the close of trading last week, less than half what Nissan paid four years ago.

Mitsubishi Motors has forecast a $1.3 billion operating loss for the fiscal year ending in March and was forced earlier this year to shut down production of the Pajero SUV and other larger vehicle lines, leaving it to focus on smaller cars and markets in Southeast Asia.

Nissan’s results, released last week, suggest restructuring efforts are gaining some traction, although the the automaker is still projecting a $3.2 billion operating loss for the fiscal year. It has been on a debt-issuing spree, raising a total of almost 900 billion yen in funding.

While a share sale would fundamentally reshape Nissan’s capital ties with one of its key partners, the three automakers will probably make the case that the alliance remains intact operationally, the people said. They will emphasize the partnership can work without the shareholding and that the sale may also free them to collaborate with other partners, one of the people said.

“A question that has come up in recent investor calls is can the alliance continue to work together without the cross-shareholding, and we do not see why not,” Tom Narayan, an RBC Capital Markets analyst with the equivalent of a hold rating on Renault, wrote Monday. “We view today’s news as a positive for RNO shares as it highlights the trapped value at the company’s Nissan stake and points out the possibility of continuing the alliance without cross-shareholding.”

The alliance began two decades ago when Renault swooped in to save Nissan with a cash injection, saving the bigger automaker from bankruptcy. The French automaker sent in Ghosn, who turned around Nissan and eventually took over leadership of both companies. While they benefited from being able to pool their purchasing power, that wasn’t matched by meaningful joint product development.

By the time Ghosn was arrested, there was deep resentment with Nissan that it had little sway over the partnership, even though it was sending billions of dollars in dividends annually to Renault, which exercised more control over the bigger Japanese company through its 43% stake. Nissan owns 15% of Renault and has no voting rights.

To move past the turmoil since Ghosn’s arrest, the alliance unveiled a new operating structure in May, vowing deeper cooperation. The proportion of autos manufactured on common platforms will double to around 80% by 2024, executives promised. The new strategy dubbed “leader-follower” is designed to force teams to work together by designating one company to head up specific technologies or regions and ultimately take responsibility for success or failure.

“Mitsubishi Motors is working on their ‘Small but Beautiful’ business transformation plan which they announced in July,” Nissan said in its statement. “It is essential for each alliance partner to focus on its core competences and maximize the use of each other’s asset to accomplish its midterm plan.”

The plan would make the alliance so tightly intertwined that “no step backward” would be possible, Renault Chairman Jean-Dominique Senard has said. The 67-year-old Frenchman also is chairman of the alliance operating board that oversees the union of carmakers whose still relatively new chief executives haven’t had much time or opportunity to work together.

Makoto Uchida took the top job at Nissan less than a year ago, while Luca de Meo started in July as Renault’s second CEO since Ghosn’s arrest. Osamu Masuko, the Mitsubishi Motors chairman who forged the deal with Ghosn and was the automaker’s main link to Nissan, died in August.

It remains to be seen whether the leader-follower plan — which is focused on costs — will deliver the meaningful innovations necessary to deal with the larger forces sweeping through the global auto industry. Regulators are stepping up pressure to embrace electric vehicles, while autonomous driving technology has the potential to reshape the concept of auto ownership.

Electric vehicles are a prime example of an area in which the alliance has missed opportunities. Although Renault and Nissan were ahead of many rivals when they rolled out their respective EV models, the Zoe and the Leaf, they are still based on different platforms years after their debut. The alliance partners’ next-generation EVs will share a jointly developed base.

The companies have thrown out Ghosn’s method of measuring the alliance’s success through synergies, a metric that was targeted to reach more than 10 billion euros in 2022 but based on numbers Senard has said he never understood. Renault and Nissan also have pledged to turn the page on Ghosn’s unrelenting pursuit of growth and sales volumes.

Yet in the midst of the pandemic, Renault’s de Meo also has warned that Renault and Nissan need to fix their own internal problems to make sure the house doesn’t go up in flames.

“Each company is now in trouble,” Ghosn said in an August interview. “I don’t think they know where they are going. There’s no more vision. In my opinion, the best people have left, or will leave.”

Renault’s record first-half loss and exposure to a weakening European market complicates its turnaround efforts. While de Meo has held up rival PSA Group’s near-death experience as proof that recovery is possible, Covid-19 is rendering pre-pandemic problems such as factory overcapacity even more difficult to address.

Taken together with other developments — including the French automaker’s merger flirtation with Fiat Chrysler Automobiles NV last year — it’s clear Ghosn’s ouster left the alliance on shakier ground. Each automaker has turned inward, leading some to question whether the partnership can survive.

“For good or for worse, Ghosn was holding it together,” said Tatsuo Yoshida, a Bloomberg Intelligence analyst.