Broadway megastar Patti LuPone doesn't want your company if it means you'll be going without a mask inside a theater.

The outspoken "Company" star was filmed Tuesday berating a theatergoer for not following COVID-19 protocols in New York City's Bernard B. Jacobs Theatre. And then she scolded the person for talking back to her.

The incident occurred while LuPone and the cast of the gender-flipped musical's Broadway revival were participating in an awards-season talkback after the performance.

Another audience member recorded part of the heated exchange and posted the clip on Twitter on Tuesday night, writing: "Patti LuPone putting an anti-masker in their place at a talkback after the show. Just follow the f— rules and keep the performers safe."

"Put your mask over your nose. That's why you're in the theater," the 73-year-old can be heard saying at the beginning of the clip. "That's the rule. If you don't want to follow the rule, get the f— out!"

LuPone continued her tirade after a brief round of applause and cheers: "Who do you think you are? That you do not respect the people that are sitting around you."

The patron rebutted and said that she pays LuPone's salary, but the two-time Tony Award winner disagreed and fired back: "Bulls—. [Producer] Chris Harper pays my salary."

At that point, the recorder's camera tilted up to the stage and showed LuPone seated alongside the unmasked cast: "Who do you think you are? Just put your mask over your nose."

The video clip has amassed more than 213,100 views on Twitter. Comedian Kathy Griffin replied to it with "Swoon," and writer and director Ben Rimalower tweeted: "This is glorious!"

COVID-19 cases have continued to climb in New York this month. Since the COVID-19 pandemic abruptly forced the Great White Way to go dark for months, vaccinations and masks had been required to attend a Broadway show through at least April 30.

The Bernard B. Jacobs Theatre requires everyone inside — except performers — to wear face coverings at all times for performances through May 31 (except while eating and drinking in designated areas). Its theater operator, the Shubert Organization, is no longer checking proof of vaccination or photo ID at the door.

The "Gypsy" and "Evita" star herself also contracted the infection in February and had to miss 10 performances of "Company" because of it.

On Monday, LuPone was nominated for another Tony for her featured role in "Company." She plays sharp-tongued Joanne — a character originated by Elaine Stritch and who famously sings "The Ladies Who Lunch" — in the revival of the Stephen Sondheim musical.

Indeed, commenters echoed that sentiment on Twitter as they backed LuPone and criticized the offending patron.

"Is it to late to have her nominated for a Tony Award for this appearance?" wrote one user.

"I want to walk around with this energy all day today," added another.

"@CharlesMcNulty, can we give her a humanitarian tony award for this?" asked another. 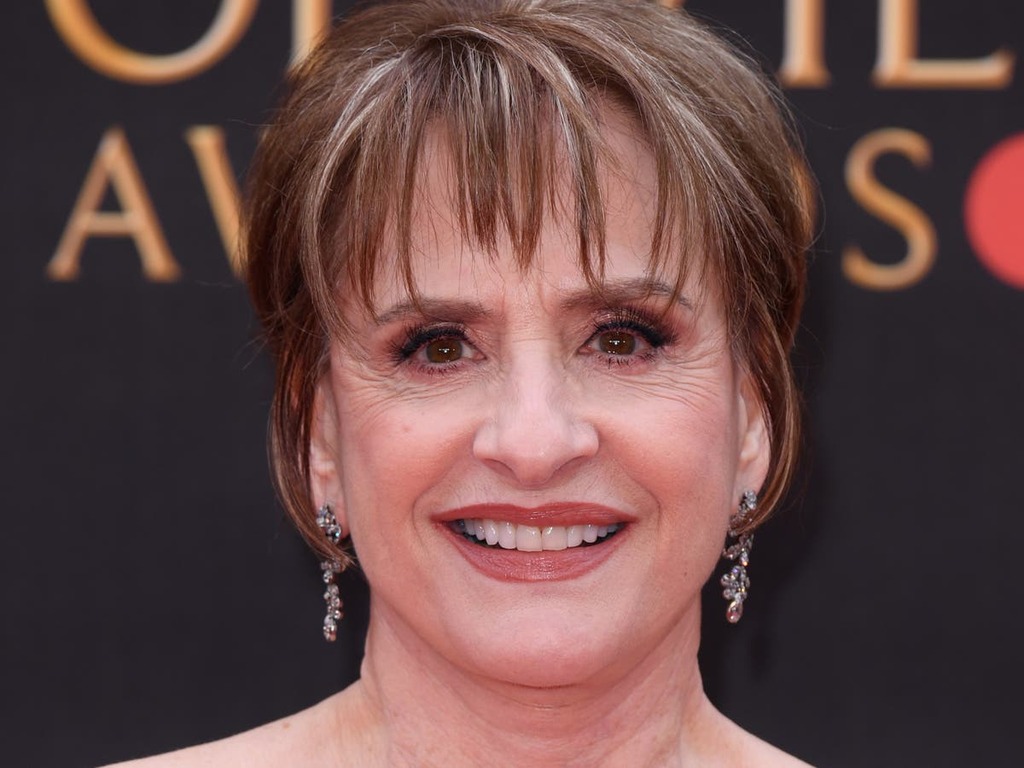 ‘Get the f*** out’: Patti Lupone filmed shouting at audience member for not wearing Covid mask properly
Woman in the crowd told Lupone she pays her salary – it did not go down well

The Independent UK
One subscription that gives you access to news from hundreds of sites
What the 2022 Tony nominations say about the state of Broadway
The 75th Tony nominations were announced Monday, nearly a week behind schedule, in a Broadway year still in the throes…