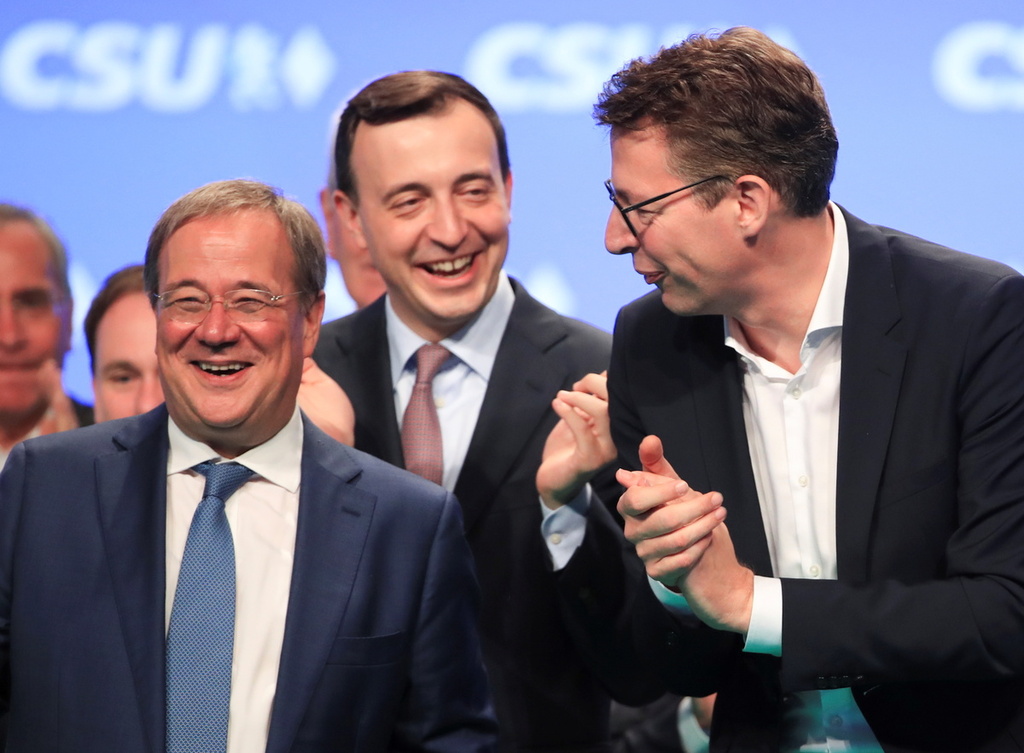 Armin Laschet, the conservative candidate to succeed Angela Merkel as Germany's chancellor in this month's election, demanded an apology from his Social Democrat rival on Saturday for criticising a money-laundering probe which included raids on his ministry.

Prosecutors raided the finance and justice ministries on Thursday as part of an investigation into the government's anti-money laundering agency, shining a spotlight on Germany's failings in tackling financial crime.

The raids come at a pivotal moment for Finance Minister Olaf Scholz, whose SPD is leading opinion polls before national elections on Sept. 26. In responding to the raids, Scholz had said prosecutors could have put their straightforward questions in writing.

"At a time when prosecutors are searching a ministry, the right response is to say we will help prosecutors, not to cast doubt on the rule of law. That helps populists when you react like that," Laschet told the Bavarian CSU party conference to thunderous applause from delegates.

"I hope he apologises," said Laschet, adding Germany should be a model in accepting the actions of justice officials while it criticises populist governments elsewhere for discrediting prosecutors and judges.

Laschet, head of Merkel's Christian Democrats (CDU), is struggling to appeal to voters and the conservative bloc is trailing in polls for the election in which Merkel is not running for a historic fifth term.

CDU grandees backed Laschet in April as the conservative chancellor candidate ahead of Markus Soeder, the more popular leader of the CSU. The two parties form a parliamentary bloc.

Some in the CSU are less than enthusiastic about Laschet's candidacy but the CDU leader received cheers and a standing ovation at the end of a wide-ranging conference speech.

A FGW poll on Friday put support for the SPD at 25%, ahead of the CDU/CSU bloc on 22%, the Greens on 17%. The liberal Free Democrats (FDP) and far-right Alternative for Germany (AfD) were both on 11% and the far-left Linke on 6%.