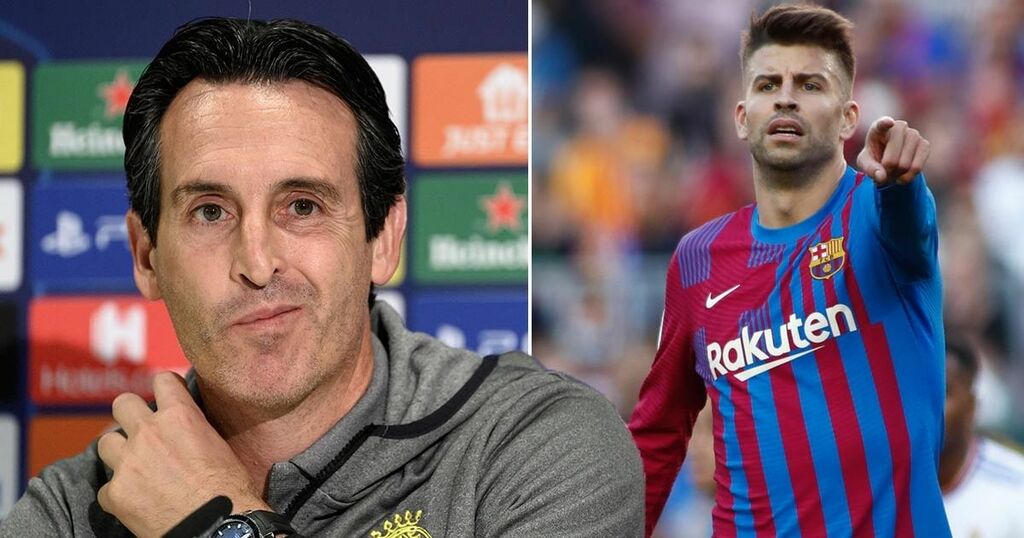 Barcelona defender Gerard Pique has launched a stinging response to former Arsenal boss Unai Emery amid a public spat between the two.

The row had been started on Saturday evening when Pique had responded to a tweet from the official account of Valencia.

Valencia had claimed they had been “robbed” in their La Liga defeat against Real Madrid in what was now a “repetitive” event as they blamed the officials for influencing the result.

The Spanish club had even tagged the hit Spanish TV show La Casa de Papel (named Money Heist in English) in which the plot is focused on a long-prepared heist on the Royal Mint of Spain.

Pique quote-tweeted Valencia’s words to say: “Do not say it too loud or they (the football authorities) will sanction you.”

HAVE YOUR SAY! Should managers and players be using social media to openly criticise officials? Let us know what you think in the comments section below

Previously, Pique was sanctioned by authorities after claiming in an interview that most referees in Spanish football were fans of Real Madrid.

His comments upset Villarreal boss Emery, who took aim at the former Spain international after his side drew 2-2 against Atletico Madrid on Sunday.

The former Arsenal boss highlighted that it was hypocritical for Pique to speak out, as he remained quiet after a handball in the penalty area against Villarreal, which was not sanctioned with a penalty, during their league meeting earlier this campaign.

Emery explained in his post-match press conference on Sunday evening: "Pique yesterday took Twitter to talk about refereeing in the match between Real Madrid and Valencia match.

"But he forgot that there was a clear penalty for us that was not called when he saved the with his hand in the penalty area against us.

"Instead of staying silent, you have to be honest and not deceive people."

Pique swiftly hit back on the claims, and as he so often does he took to social media to directly get his point across.

Responding directly to a tweet which outlined Emery’s attack on him, the defender responded: "This is a person who three years later was still complaining about the referee in the 6-1. Get over it, Unai."

Pique attached alongside his words Emery’s reaction – in February 2020, three years after the match – of his Paris Saint-Germain side’s 6-1 defeat at the Camp Nou.

PSG had gone into the Champions League Round of 16 tie in Catalonia with a four-goal lead from the first leg in Paris but conspired to exit this competition in stunning circumstances with a last-gasp dramatic defeat.

Emery said upon reflection: "There are many details in the game that can be uncovered.

"But if I start from the end I change the referee and that would be everything.

"I saw the game again the other day repeated and I watched the referee from minute 50 to 82.

"We went from 3-0 down to make it 3-1 and we had a heads-up from Cavani that the goalkeeper took him out when we could have made it 3-2; a very clear penalty on Di Maria and the referee did not whistle; and in the 82nd minute Di Maria was fouled by Neymar before a goal.

"That's where I stopped watching."

It is not unusual for Pique to take to social media to directly hit out at others, having just two days previously published his Barcelona pay slip in order to reject media reports on his earnings.