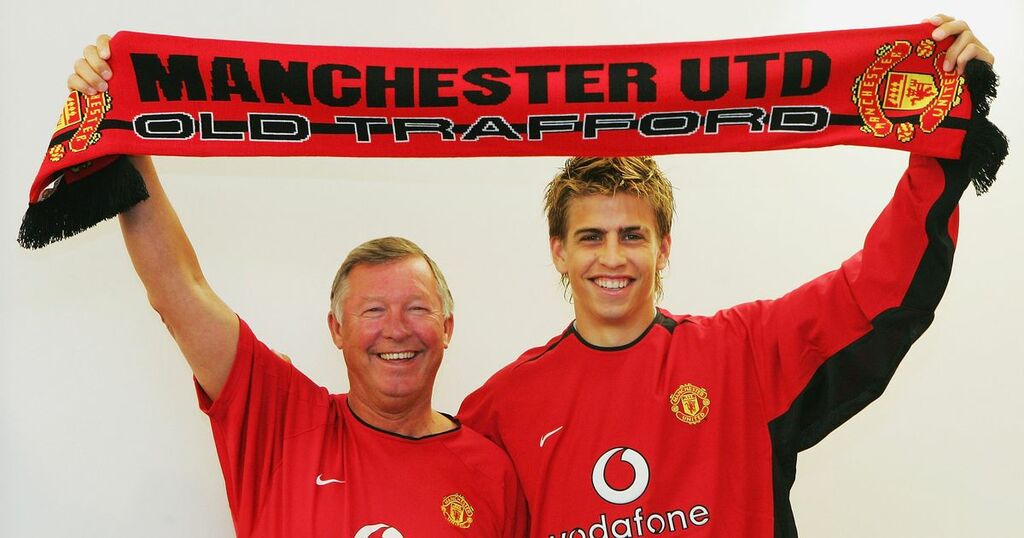 Pique and Messi were long-time teammates and are close friends

The Independent UK
One subscription that gives you access to news from hundreds of sites
Andres Iniesta: Legends including Lionel Messi and Zinedine Zidane's views on "magic" star

Andres Iniesta played in some of the best club and international teams of the 21st century, and unsurprisingly came in…

Pique spent four years at Old Trafford between 2004 and 2008. He made a total of 23 appearances for the club before returning to Barcelona, where he was brought through the youth ranks ahead of his decision to sign for United.

Despite that success, Pique has joked he was still nervous when meeting Keane, his former captain, long after he left United. "We all know what Roy is like," Pique told Sky Bet's The Overlap.

"When you're 17, you look at Roy differently because I had just arrived, I didn't know him and it was kind of scary. I remember, a few years later when I was playing for Barcelona, we played Celtic and he was doing a TV programme. I was walking after the game and he came to talk to me and part of me was like that little kid when I first arrived in Manchester.

"I thought, argh s***, Roy Keane is coming! He said 'come on Gerard!' I said hello and we talked, it was fine, but I remember at that time when I was 17, Roy was the captain, he was a strong voice, always a tough message. He was a great captain but he was tough sometimes."

Pique and Messi were long-time teammates and are close friends

The Independent UK
One subscription that gives you access to news from hundreds of sites
Andres Iniesta: Legends including Lionel Messi and Zinedine Zidane's views on "magic" star

Andres Iniesta played in some of the best club and international teams of the 21st century, and unsurprisingly came in…