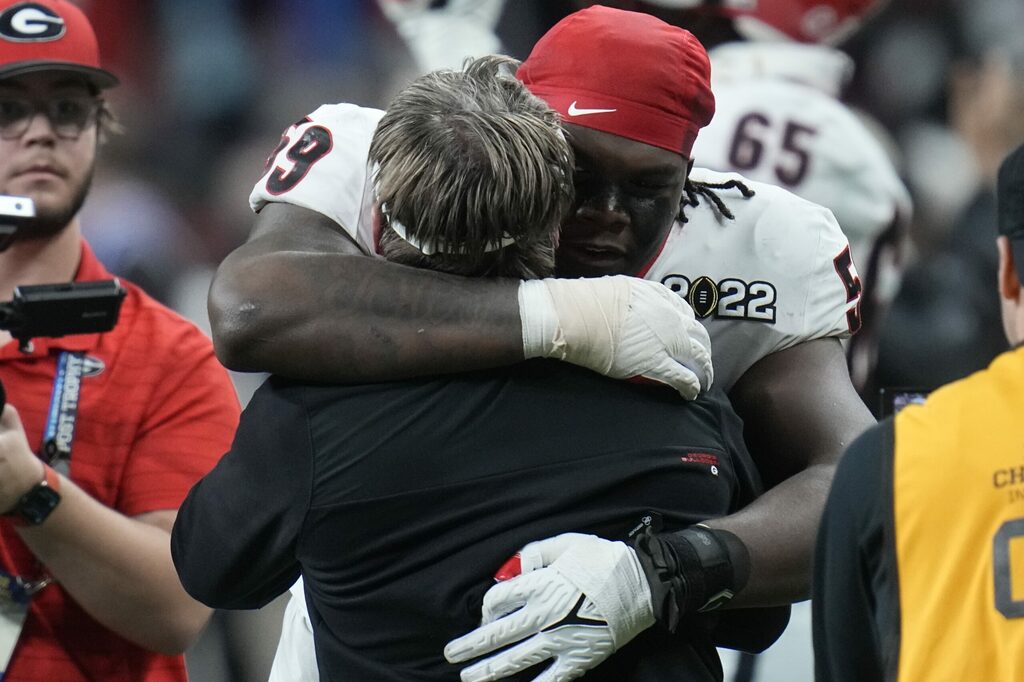 In the 2018 CFP National Championship Game, Alabama subbed in second-string quarterback Tua Tagovailoa at halftime to change the momentum of the game against Georgia. Tagovailoa helped the Crimson Tide erase a 20-7 deficit and win the national championship in overtime against UGA.

Georgia returned the favor against Alabama in the 2022 national championship. Kirby Smart’s coaching decision was not as noticeable or talked about as Nick Saban’s 2018 decision, but it made a similar impact on the game.

Jones finished the game as Georgia’s highest-graded offensive player, per PFF. Jones was particularly effective at run-blocking. Georgia’s offensive line allowed five sacks, but pass blocked well when it mattered the most after a Stetson Bennett fumble led to Alabama retaking an 18-13 lead.

Broderick Jones and the Georgia offensive line held Will Anderson Jr. without a sack for the first time since Oct. 9. Anderson Jr. still had a large impact on the game.

Broderick Jones, a former five-star recruit, will have a big role for Georgia in 2022. Jones made the coaches’ freshman all-SEC team this year and played in all 15 of Georgia’s games.